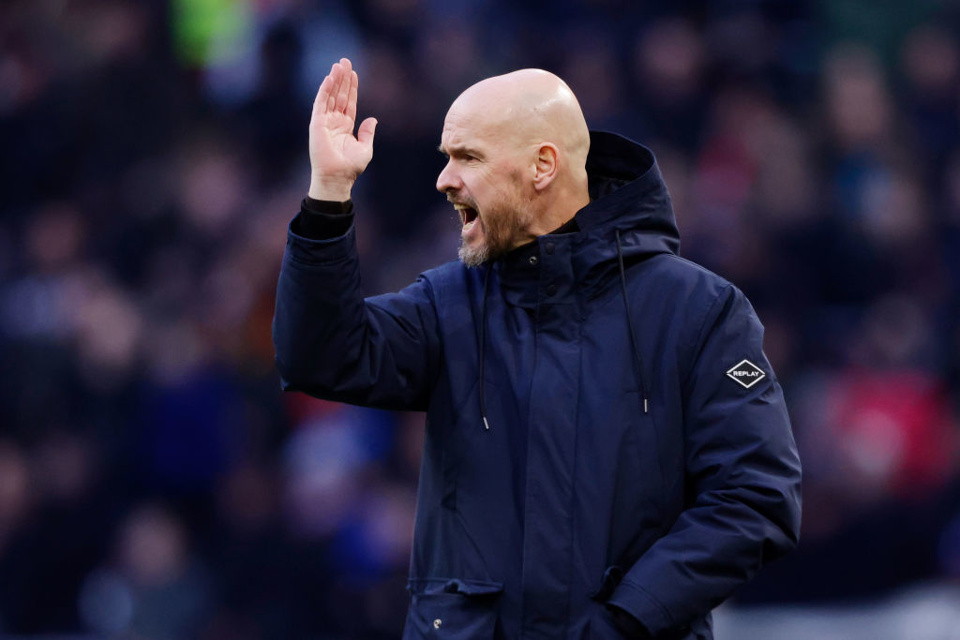 Ajax vs. Benfica: Erik Ten Hag is one of the most in demand managers in world football due to his exploits in Amsterdam
By Tom Winch
14:40 Monday 14th March 2022 - 4 minute read

The Johan Cruyff Arena is the venue for Tuesday nights Champions League clash as Ajax host Benfica in Amsterdam. We've asked Tom Winch to preview this one and provide us with his best bets.

The hosts have enjoyed European nights at home this campaign, winning all three to an aggregate score line of 10-2. Erik Ten Hag’s side brushed aside Besiktas then hit both Borussia Dortmund and Sporting Lisbon for four in the group, where they accumulated maximum points.

The Lisbon based club progressed into the UEFA Champions League knockout stages for the first time since the 2016/2017 season after finishing runners up. A group contested with German giants Bayern, who also won all six and a then-struggling Barcelona who dropped into the Europa League after finishing 3rd ahead of Ukrainian outfit Dynamo Kiev, who were way off the pace.

The opening leg provided plenty of action at the Estadio da Luz, four goals, six cards and plenty of attacking threat sets this tie up for another thriller between two goal hungry teams for a place in the quarter-finals.

Ajax are strong favourites to beat their Portuguese opponents inside 90 minutes according to the bookmakers, who are offering 2/5 for a home win, which isn’t a price I will be looking to get behind on it’s own.

Benfica, managed by Nélson Veríssimo, haven’t struggled in finding the back of the net this season. In 26 Liga Portugal matches they’ve notched up 66 goals, scoring 35 of those away from home, which should give them great confidence arriving into the Dutch capital.

Goals have been hard to come by for the visiting teams against the most successful club in Holland; just three sides have got on the score sheet against the league leaders in the Eredivisie, however in recent weeks the defensive capabilities have been troubled which has seen them concede eight times across the last five matches.

Given that Ajax are back at home and have won every European game so far this campaign prior to the 2-2 in the first leg, a price of 2.37 is being offered on Bet 365 for Ajax to win and both teams to score catches the eye.

Benfica have played Sporting and Porto, who are both above them in the league twice each this season and have lost on all four occasions, both teams to score and the opposition win has banked in three of four matches.

Another angle that looks enticing is the Benfica shot market. Bet 365 is offering even money (2.00) for the visitors to take 9+ shots on Tuesday night, with the next best price coming in at 1.57. With the hosts expected to score a handful of goals, it could force Benfica to rack up plenty of attempts whilst chasing the game, the Portuguese side had 16 shots in the opening leg. Both Sporting and Dortmund managed double figures in Amsterdam in the group stage, with PSV also managing ten attempts in the league.

Darwin Nunez and Sebastien Haller are having fantastic scoring seasons. The Uruguayan has found the back of the net 20 times in 22 league matches, with three coming in seven Champions League appearances. Haller has banged in 11 so far in this competition, scoring in every game and will be looking to add to his impressive tally come Tuesday night. Both players will be on penalty duties, which is always an added bonus. The pair both to score on the night is coming in at 5.50 via the Bet 365 Bet Builder option.