UFC Betting Tips: McGregor to end things in the first round 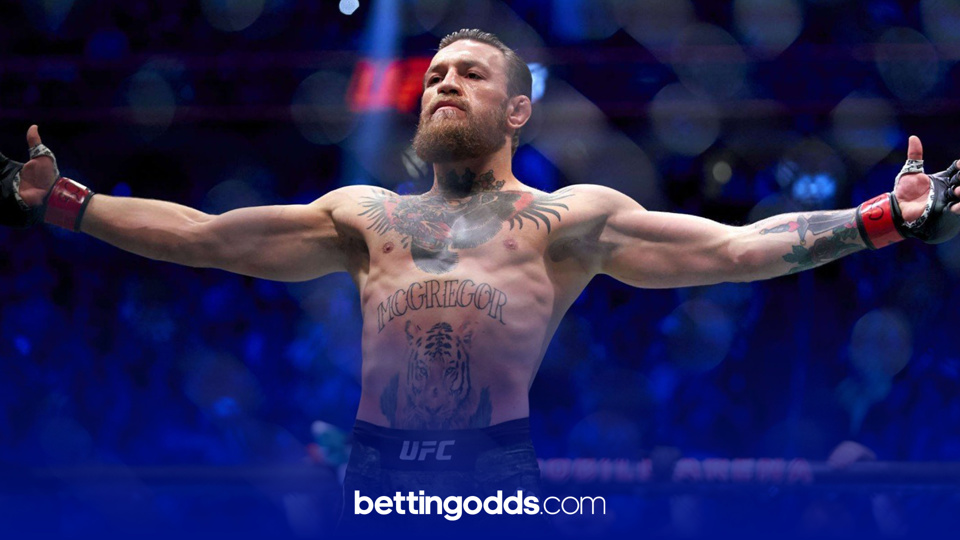 We've picked out a 3/1 selection which includes a Conor McGregor win in our tips on BettingOdds.com this weekend
By Steven McQuillan
16:06 Friday 22nd January 2021 - 3 minute read

After a year out of the Octogan Conor McGregor is finally back for his highly anticipated rematch against Dustin Poirier. The Notorious made light work of Donald Cerrone in his last fight in the UFC, beating him in 40 seconds, but he’ll be facing a different calibre of opponent this time in what many people are calling, Dustin Poirier 2.0.

Dustin Poirier has been on a rampage as of late, beating Justin Gaetjhe, Max Holloway and putting on the fight of the year with his contending performance against Dan Hooker. Dustin’s only loss in his last eight fights has come against Khabib Nurmagomedov which is no shame at all especially considering how well he actually did against him. The Diamond is currently representing odds of 5/2 which may seem like an attractive price given his recent performances, but you have to remember he is up against one of the greatest fighters of all time in this division.

Much like Dustin Poirier, people are saying this is a new Conor McGregor, he’s dropped the trash talk, the whisky promoting and the disrespect and now we’re seeing a much more humble McGregor who is completely dialed in on being the best fighter there is. We saw this in the build-up to his fight against Cowboy Cerrone, he was full of praise and respect before the fight and then ended up dismantling him within 40 seconds. Everyone knew McGregor was already going to be one of the greatest fighters of all time, but he got carried away with his trash-talking persona and perhaps that got the better of him.

The last time these guys fought was back at UFC 178 in 2014 and there was some bad blood between the two. McGregor did his usual mind games before the fight and it looked like there was too much in it for Dustin which resulted in him getting knocked out in just under two minutes. Even though there’s been no trash talk this time, I can see a similar thing happening again.

McGregor has five 1st round knockouts in the UFC and four 2nd round knockouts. When he’s as engrossed in his fighting as he is at the moment, you’ll be lucky to escape the 1st round. He’s a knockout artist with some of the best boxing the UFC has ever seen, it’s as simple as that. The normal price for a 1st round knockout is 7/4 but PaddyPower have massively enhanced the odds of that and boosted it to 3/1, and, in my opinion, that’s a phenomenal bet.

Jake Paul Next Fight Odds as BettingOdds.com take a look at this Betting Market where Conor McGregor and Tommy…

Parker vs Chisora Odds: Expect Parker to grind out another win over Del Boy

Parker vs Chisora Odds as BettingOdds.com provide a Betting Preview and Predictions ahead of the fight this Saturday…

Brook v Khan Odds: The grudge match is finally on - We take a look at the odds

Crawford vs Porter Odds and Betting Predictions as BettingOdds.com preview the Welterweight Boxing Bout with a…

Back Canelo To Reign Supreme This Weekend Against Plant

Alvarez vs Plant Odds as BettingOdds.com provide a betting preview and offer their predictions for how the 168lbs…

Jake Paul vs Tommy Fury Odds: Everything you need to know for upcoming clash

Jake Paul vs Tommy Fury Odds as BettingOdds.com provide a look at the opening betting odds for their December…

Fury vs Wilder 3 Odds and Betting Predictions as BettingOdds.com preview the Heavyweight Boxing Bout with a 4:15AM…

Fury vs. Wilder 3 Odds as BettingOdds.com Preview the fight and offer up their best predictions and Betting Tips.…

AJ v Usyk betting preview: Will there be an upset?