The Premier League returns this weekend with 29% of the total matches in the 2021/2022 season having been completed. Chelsea currently sit top of the pile as we head towards the busy festive schedule but Manchester City, West Ham and Liverpool are all within four points of the leaders.

First up let’s remind ourselves of what exactly Expected Goals (xG) is all about. Put simply, xG is the probability that a shot will result in a goal. This is based on the characteristics of the shot that is taken and the events leading up to it. There are four main characteristics that are analysed in order to give a probability of a shot resulting in a goal:

Expected goals are very much about the context of a scoring opportunity. Every shot is compared to thousands of other shots with similar characteristics. An xG of 1 is a certain goal, while an xG of 0 is a certain miss. An xG of 0.4 would indicate that if identical shots were taken 10 times, four would be expected to result in a goal. 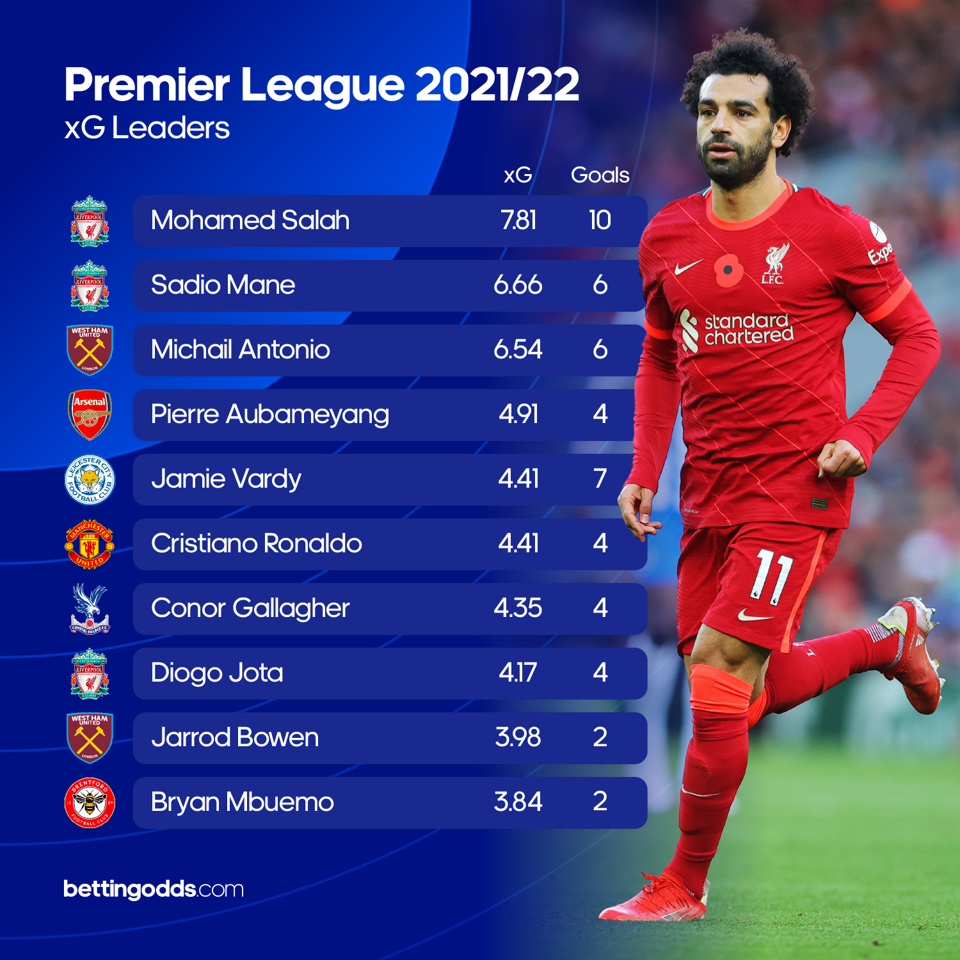 So now we’ve covered the xG leaders in the Premier League so far, let’s take a look at Expected Assists. Expected assists (xA) measure the likelihood that a pass will end up becoming an assist. Certain factors are considered when calculating the xA of a pass, with the most important being the finishing destination of the pass. For example, a pass that is received by a striker close to goal is more likely to result in an assist than a pass that finds a striker when he’s on the half-way line.

The type of pass is also taken into consideration, with aerial crosses generally being a lot harder to convert as opposed to ground passes. Expected assists (xA) credit all passes, no matter if they result in an attempt on goal.

During a match, one player could make several key passes that result in a shot being taken, yet see none of them turned into goals. On the other hand, a different player might make a basic pass on the half-way line and be rewarded with an assist should his teammate score after picking up the ball in that position. This doesn’t reflect the quality of chances created by a player, so expected assists allow us to see who are the truly consistent creative players.

Expected assists models are created using a database of hundreds of thousands of shots. The xA is awarded from the probability that the average player would score as a result of the pass.

The Premier League returns this weekend after the International break and you can find a range of stats including game-by-game data in our Premier League Stats Zone. 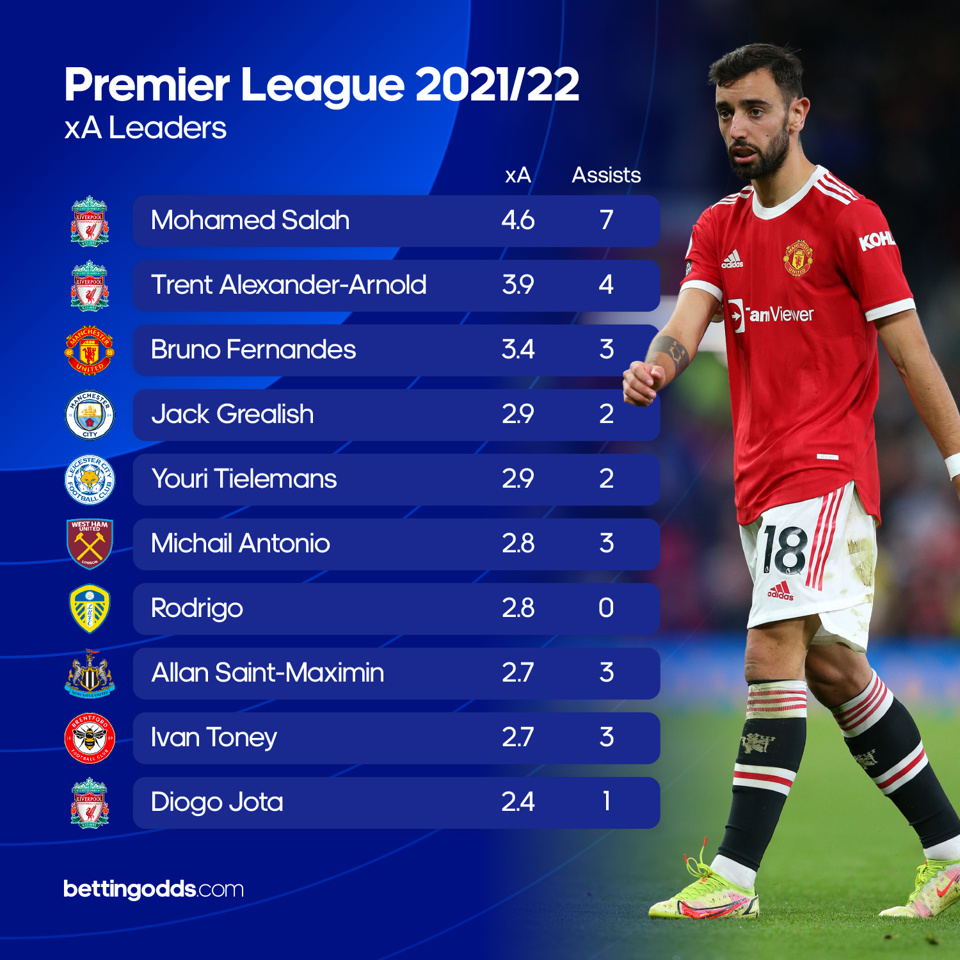