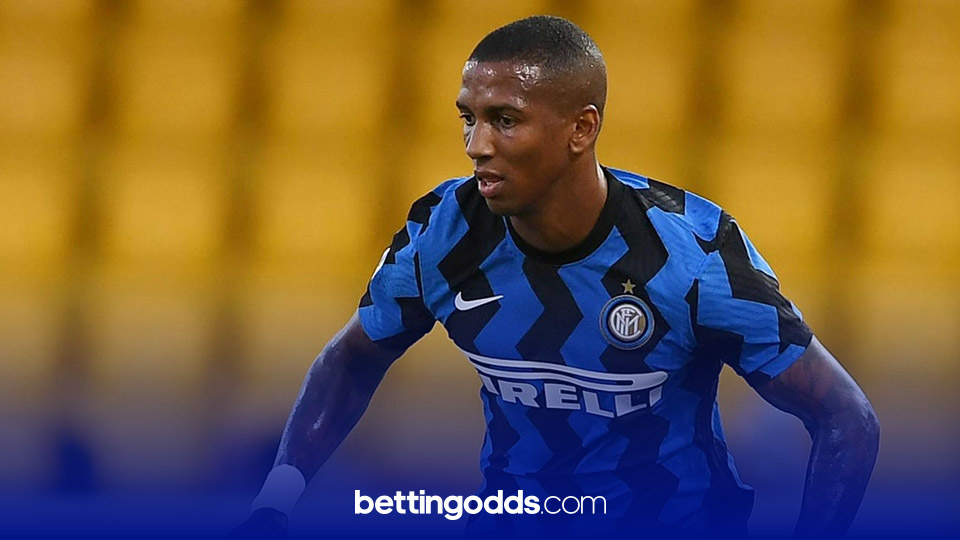 The hosts will be looking to win their eleventh straight top flight game as they inch closer to their first Scudetto for a decade. The bookmakers clearly fancy them to brush aside a Cagliari side that have lost their last three on the spin pricing Antonio Conte’s men at 1/4. According to these odds, Inter’s expected chance of winning is 80%, however, they have actually won 81% of their matches when priced at these odds.

Conte will try to secure the lion's share of the points without Ivan Perisic - injured - and Nicolò Barella will miss out due to a suspension. The Nerazzurri should welcome Alessandro Bastoni and Marcelo Brozovic back to the starting lineup this weekend though.

As for the visitors, ex-Inter midfielder Radja Nainggolan is expected to anchor the Isolani's central trio. Elsewhere, Guglielmo Vicario will replace Alessio Cragno in goal after the latter tested positive for COVID.

Since 2018, Daniele Rugani has started 31 fixtures in Serie A and picked up a booking in seven of those games. Two of these cards have come since he joined Cagliari - on loan in January - and in these nine appearances he has featured on the left side of a back three. This has increased his exposure which has seen an increase in his defensive output, he has averaged 2.2 tackles, 1.3 interceptions and 1.3 fouls per game.

Tomorrow morning he should be covering the impressive Achraf Hakimi. Despite playing in defence, Conte utilises his attacking capabilities in his 3-5-2 system. This is best illustrated by the fact that Hakimi averages one shot, key pass and dribble per game as well as drawing one foul.

The referee for this clash is Marco Guida, he has brandished 5.14 cards per game in the Italian top flight this campaign.

Sticking with cards I also like Bet365’s price of 9/2 for English export Ashley Young to go into the book at the San Siro on Sunday.

This campaign Young has picked up one caution per every 3.2 games he has played in Serie A. He has accumulated six, in total, in all competitions two of which have come in his last four starts.

Using Bet365’s ‘Bet Builder’ you can combine the selections outlined above with Romelu Lukaku to score anytime at 40/1 with Bet365.

Only Cristiano Ronaldo has more Serie A goals than Lukaku (21) this season. Inter’s talisman has scored 37% of their goals at the San Siro this campaign and should add to his tally against Cagliari.