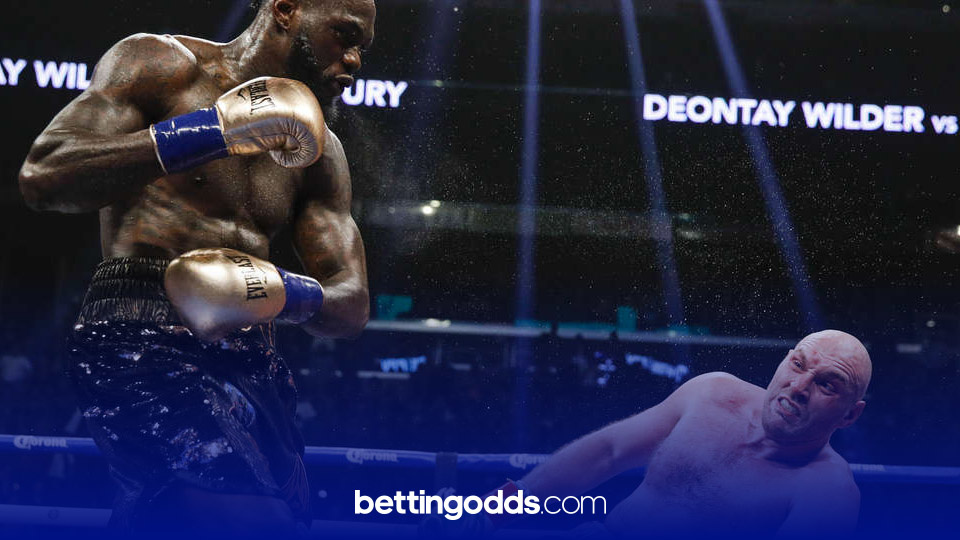 Just a fortnight after Anthony Joshua fell to defeat against Oleksandr Usyk in front of a packed Tottenham Hotspur Stadium, heavyweight boxing takes centre stage once again this weekend as world champion Tyson Fury takes on Deontay Wilder in Las Vegas for the WBC Heavyweight title.

It will be the third time the two meet, with their first duel in 2018 ending in a controversial draw before Fury claimed a 7th-round victory when they met again at the start of last year.

When will the fight start?

The clash, billed as ‘Fury vs Wilder III: Once and For All’, will start at around 4:15am UK time, with the ring walk set to be at 4am, although this could easily be closer to 5am depending on how the undercards play out.

Who is favourite to win?

Tyson Fury is the odds-on bookmaker favourite to win the fight, priced at 1/3 in the betting. The Gypsy King has been the better boxer in both of the previous two battles and is currently in the shape of his life, ready to make it two from two against his American counterpart.

Wilder - who has 41 professional knockouts to his name throughout a glistening career - is certainly not to be underestimated, though. The 35-year-old is known to be the hardest hitter in world boxing and floored Fury with a sensational left hook in the 12th round when the pair first met three years ago, which looked to have ended the fight before the Brit rose from the canvas to see the bout end all square.

Wilder is priced at 5/2 to win the fight by any method, while another draw is up at a best-price 25/1 with BetVictor; Paddy Power and Betfair.

Fury is a very short 10/11 to win the fight by knockout/TKO, just as he did last year, while Wilder can be backed at 11/4 to prevail via a knockout - just like he has done in all but one of his 42 wins as a professional.

Fury and Wilder are two exceptionally intelligent boxers, therefore it is likely that the opening rounds will be a cagey affair as the pair get a feel for the fight and how their opponent is going to approach things.

The bookies have Fury to win in Round 5 as the shortest round-betting price, with odds of 14/1 available, while a repeat of the last encounter - where the Brit knocked Wilder out in Round 7 - is available at 18/1 with SBK.

Will it go the distance?

It’s certainly difficult to predict whether or not this fight will go the whole hog. The first clash did and resulted in a draw, but last February it was stopped just after the halfway mark as Fury dominated the encounter.

One power-punch from Wilder could easily end things prematurely (and vice versa), though should the fight play out in the technical manner many predict, it wouldn’t be surprising to see it go the full 12 rounds.

The bookies are swaying towards it not going the distance, however, pricing ‘No’ up at 1/3 while ‘Yes’ is around the 9/4 mark with several firms.