It was the game of the weekend, Brentford's 3-3 thriller played out against Liverpool on Saturday evening. A David vs Goliath tie on the face of it, the resurgent Bees provided a lesson in togetherness and never giving up as they battled right to the very end against Jurgen Klopp's former league champions.

After an enthralling first half, which saw two goals cleared off the line - one at each end of the pitch - the deadlock was broken by Brentford defender Ethan Pinnock in the 27th minute, somewhat against the run of play following an array of Liverpool attacks which ultimately amounted to nothing.

Diogo Jota responded just minutes later with a well-taken header, though, to see the pair go into the break level. The game really sparked into life early into the second 45 as Mohamed Salah added to his haul with a neat finish, before Brentford hit back soon after through Vitaly Janelt.

Sticking with the frantic pattern of the game, Curtis Jones clawed the visitors back in front with a thunderbolt from outside the area but, having failed to put the game out of reach, Brentford's resilience paid dividends and with just eight minutes remaining, Yoane Wissa capitalised on some sloppy defending to chip home the equaliser and the game ended with the spoils shared.

After Brentford's impressive 2-0 away win against Wolves last weekend, Saturday's point provided supporters with more smiles... some more than others.

Bees fan Ian Hooper was feeling confident in his side's chances (or just blindly loyal) and staked £30 on a huge 126/1 BetBuilder with Betfair, made up of a shot on target for Pinnock and front man Bryan Mbeumo, alongside a card for Frank Onyeka - which landed a minute before half-time.

In total, Mr Hooper came away from the game £3,770 richer as well as absolutely buzzing his side clinched a dramatic point against one of the best team's in the division - not bad! If you haven't already seen this absolute whopper of a bet from last week, check it out below.

One extremely lucky Betfair customer won themselves over a quarter of a million pounds after combining two of the most random shots on target selections you could ever think of. Words, quite literally, fail me. But fair play (through *very* gritted teeth). 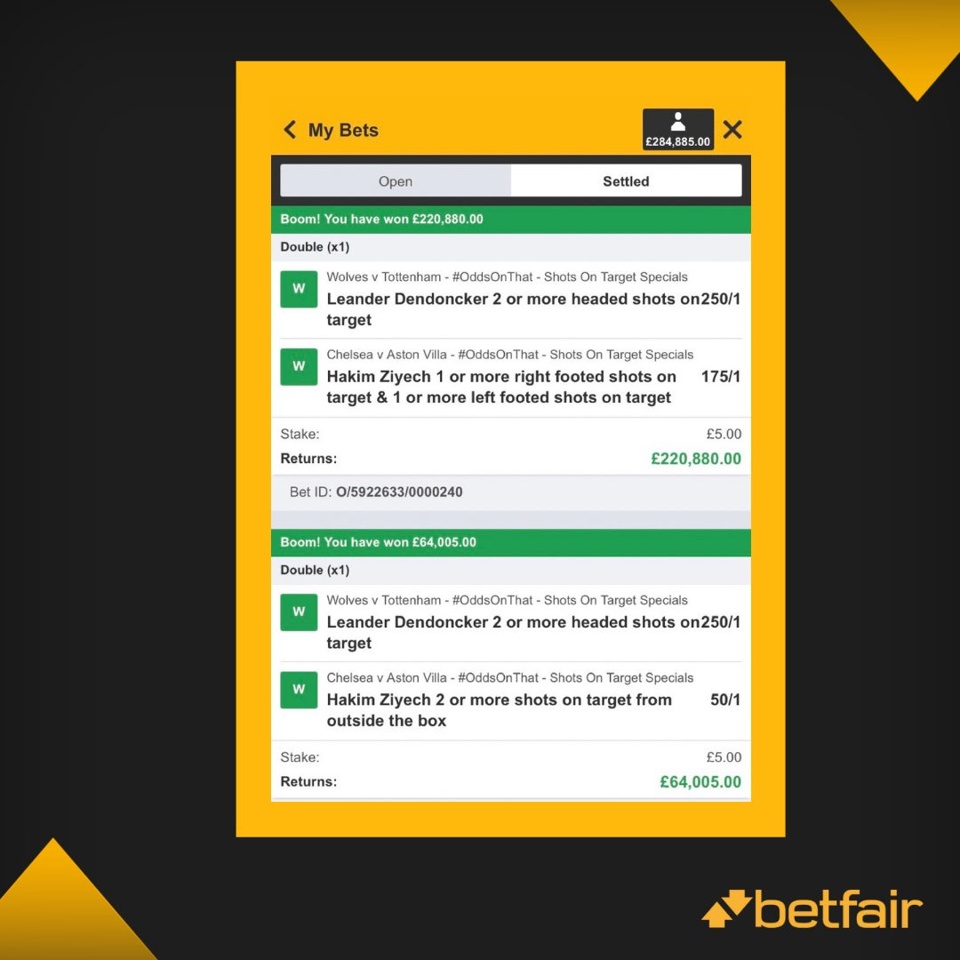