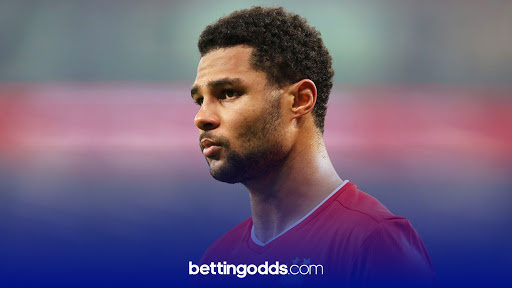 Bayern Munich face Lazio in the second leg of their last 16 Champions League tie on Wednesday evening. The Germans hold a 4-1 advantage after a dominant display in the first leg and we’ve got three football tips for the game from our tipster @AnthonyEadson.

Hansi Flick’s side have won 17 of their last 18 matches in this competition and are priced at just 1/3 to make it another win with most bookmakers on Wednesday. David Alaba is a doubt for the game, while Douglas Costa, Corentin Tolisso and Tanguy Nianzou are all confirmed absentees.

Lazio face an uphill battle in this second leg and can be backed 100/1 with BetVictor to progress to the quarter finals. Luiz Felipe and Manuel Lazzari are both sidelined for the visitors who ended a three-game losing streak with a 3-2 victory over Crotone on Friday.

The first selection I’ve taken a lean towards in this game is for Bayern Munich’s Leon Goretzka to get himself on the scoresheet. The 26-year-old has netted twice already in the Champions League this term and I think a couple of chances could come his way in a game where I expect the hosts to dominate.

The German midfielder can be backed at 24/5 (5.8) with William Hill which looks slightly overpriced in my opinion considering he has scored in his last two games. Those goals came against Borussia Dortmund and FC Koln and with three assists in his last three games, Goretzka is a man in good form at the moment.

In the Bundesliga this season, Goretzka is averaging 1.8 shots per game in his home games and when we look at the three Champions League games this term that figure drops slightly to 1.7. Other bookmakers have the defensive midfielder priced as short as 9/4 to get on the scoresheet, so I’d certainly be recommending William Hill here.

At 24/1 with Betfair and Paddy Power I’ve had a small dable on both Leroy Sane and Ciro Immobile to score with Lucas Leiva to be carded. As much as I’d have liked to have included Robert Lewandowski in this multi, at 1/3 to score anytime, he can be avoided and I’m kicking things off with Serge Gnabry to score

The former Arsenal man has scored eight goals in 21 appearances this season in the Bundesliga and scored a remarkable nine in last year's Champions League campaign, which saw his Bayern side crowned champions. The 25-year-old is yet to score in this year's renewal and I fancy that run to come to an end tomorrow evening in a game where we should see plenty of attacking from the hosts.

Ciro Immobile scored an incredible 36 Serie A goals in 37 appearances last term and at 31 is still proving he’s a top striker. The Italian has 5 goals in 5 Champions League appearances this term and if Lazio do make an attempt to close the 4-1 deficit, Immobile should be at the forefront. Bayern to win and both teams to score has landed in 13 of their 25 league games this term and I think we will see Lazio score in this game.

Rounding off this 25/1 longshot is ex Liverpool man Lucas Leiva who has been shown an impressive seven yellows cards in 21 league appearances this season. No player at Lazio has picked up more this term and with referee Istvan Kovacs in charge who has given 4.8 yellows per on average across his last 10 games in European competition, I’m hopeful of a good few bookings.

That’s 24/5 and 24/1 plays for Bayern v Lazio, which can be seen live on BT Sport. Best of luck to those following and especially with the Cheltenham Festival on this week, always gamble responsibly.