Atalanta v Real Madrid: Get Behind the boys from Bergamo against injury-riddled Madrid 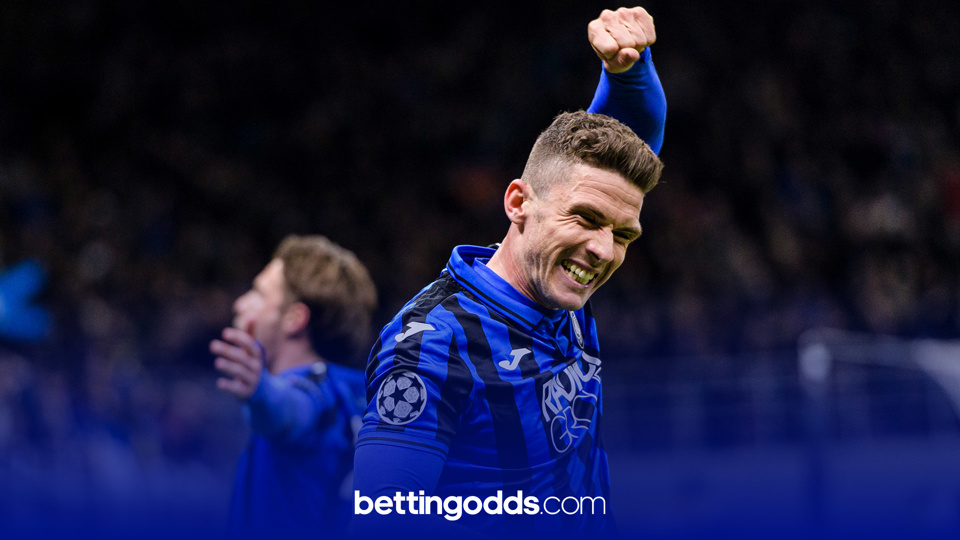 Robin Gosens has averaged 2.4 shots per game over his last five appearances and features in our tips for Wednesday evening
By Anthony Eadson
17:47 Tuesday 23rd February 2021 - 4 minute read

Atalanta take on Real Madrid in Bergamo on Wednesday evening in the first leg of their last-16 Champions League tie. We’ve got three football tips from our man @AnthonyEadson for the match, which when combined pay 25/1 using Betfair’s Same Game Multi feature.

Fresh after giving Napoli a 4-1 thumping at the weekend Atalanta are the favourites to win on Wednesday, priced at 13/10 to do so against an injury riddled Real Madrid, who can be backed at 2/1 with some firms.

Sergio Ramos, Eden Hazard, Marcelo, Karim Benzema, Federico Valverde, Rodrygo and Dani Carvajal are all sidelined for the visitors with Zinedine Zindane’s team very much having to pick itself. Atalanta are in much better shape with just one reported injury in the form of Hans Hateboer

Atalanta have won eight of their last eleven home matches in all competitions and have scored an impressive three or more times in nine of those! With Real’s injury woes in mind I’m backing the Italians to come out of this first leg with a win, which is available at 13/10 with Betfair.

When asked about the game with Real Madrid on home soil and if he would go slightly more defensive in the first leg, Atalanta manager Gian Piero Gasperini replied “It’s fundamental that we score goals against them, that’s the main thing.”

This gives me every confidence that the boys from Bergamo will go for the jugular and throw themselves forward at every opportunity. Real’s injuries are a real concern and despite Toni Kroos, Luka Modric, and Casemiro dragging them back into a La Liga title race over recent weeks, I think Atalanta will have too much for them. The 4-1 win over Napoli at the weekend was perfect preparation for this European tie and this should be a good game to watch on Wednesday.

My second selection is also based around the idea that the home side will do the majority of attacking in this game. I’m touting left-wing-back Robin Gosens to have a shot on target against Los Blancos, which can be backed at 7/5 as a single.

The 26-year-old has been racking up the shots lately and has registered two or more shots in his last five games! He’s only priced at 5/6 with Betfair to hit that line again in this midweek fixture, so I’m backing him at 7/5 for just one shot on target which looks a slightly better proposition. It may still be worth looking at the 6/4 that is currently available with Sky Bet for 2+ shots, however with four shots on target in his last four games I’m happy to have the German onside to test Thibaut Courtois.

Referee Tobias Stieler will be the official in charge of this game which is the first meeting between the two sides. Stieler has officiated five Champions League matches over the last two seasons and has brandished an impressive 28 yellow cards. That’s 5.6 per game on average which gives plenty of belief that there will be a high amount of booking points here.

Besides backing him for a shot on target, I’m also fancying Robin Gosens to pick up a card for Atalanta. Having a look at his stats in the league this term and he has picked up six bookings in 19 appearances. There’s some really short prices knocking around in the ‘to be carded’ markets for this game with such a card-happy referee officiating and plenty at stake for both teams. At 7/2, Gosens does make some appeal with only Cristian Romero having picked up more in the league.

For the optimists out there, all three selections can be combined into a Same Game Multi which pays 23/1. This game can be viewed live on BT Sport 3, kicking off at 8pm. Best of luck to anyone following and please always gamble responsibly.