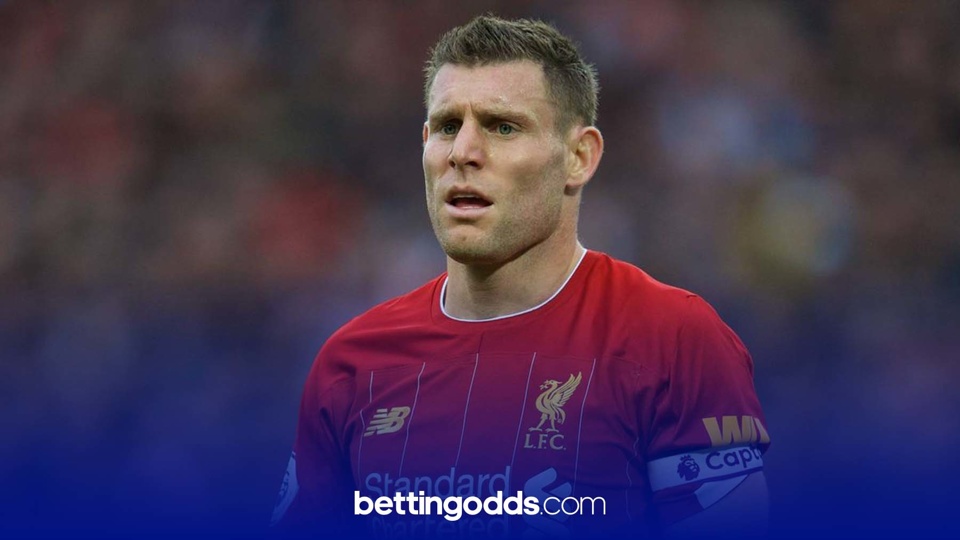 Four games take place in the Premier League on Sunday, with three kicking-off at 2pm before one of the heavyweight clashes of the season as Liverpool host Manchester City at Anfield.

We’ve got a full preview for Pep Guardiola’s trip to Merseyside that can be found on site along with our best Bet Builder Tips for the game provided by @AnthonyEadson below. Combined as a double, the selections pay best with bet365 with 33/1 on offer at the time of writing.

Jurgen Klopp is the world’s most successful manager against sides managed by Pep Guardiola. The German has nine victories against the Spaniard, but after their fantastic performance against Chelsea last week I’m staying away from the match result market in this game and decided to focus my attention on two players who I like the look of to pick up a card.

The first of those is James Milner who I’m expecting to continue at right-back due to Trent Alexander-Arnold being out injured. 4/1 is the current best price on offer which does make appeal considering he was shown a yellow card five times in 19 starts in all competitions last season.

In total the veteran has picked up 98 yellow cards in his club career and as his pace slides away in his latter years I feel he’s become even more prone to picking up cautions. Besides this being one of the biggest games of the season for both clubs, Milner will most likely have to deal with Jack Grealish who is predicted to start on the left-side of an attacking three for Manchester City, just as he has done in every league game so far this term.

Only Ismaila Sarr and Wilfried Zaha have drawn in more fouls per game so far this season than Grealish in the Premier League and with Milner having made seven fouls in just two league appearances this season he looks a good prospect to find his way into the book.

A proven card collector against the Reds

I’ve decided to pair up the James Milner booking along with one for Manchester City’s Bernardo Silva who was shown five yellows in 26 appearances in the 2020/2021 campaign. Three of those five yellows came against ‘Big-Six’ clubs and at the time of writing, 5/1 is available with bet365 as a single for him to be cautioned on Sunday.

Furthermore, the Portuguese midfielder has a reasonable history of card-collecting versus Liverpool with Klopp’s side and three others, being the opponents he has been shown the most yellows against in his career. Across all competitions, Bernardo has been booked in three of his last five starts for Manchester City against Liverpool and with that in mind I’m happy to include him this longshot for the game.

Another boost for punters hopeful of plenty of cards on Sunday is that Paul Tierney will be the referee taking control of the game. The 40-year old official, whose birthday is on Christmas Day, was the top ranked ref when it came to yellows shown per game last season with an average of 3.9. Tierney also ranked highly for fouls in 2020/21 with an average of 24.71 per game, ranking him second of the 19 officials who took charge in the top-flight last season.

To recap, that’s 4/1 on the James Milner booking, along with 5/1 for Bernardo Silva. Combined the two pay best with bet365 at 33/1. Sunday’s game will be live on Sky Sports at 4:30pm, best of luck to those having a bet and please always gamble responsibly.