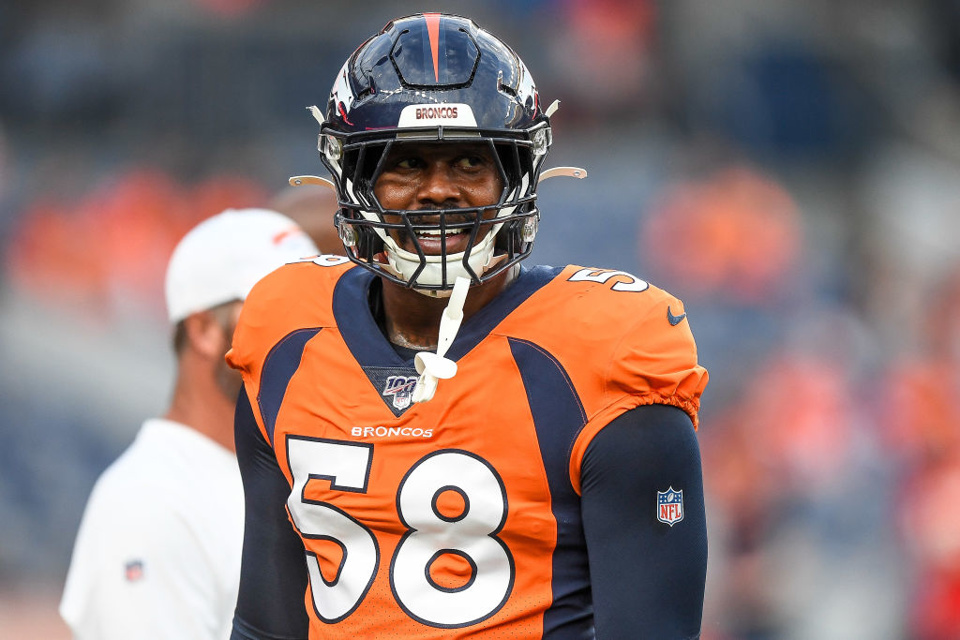 Coming back from a missed season due to injury, the Sportsbooks have set Von Miller's sack total over/under number at 9.5. Neil Monnery is a big fan of the former Aggie but can he bounce back to top form in 2021...?

Von Miller is undisputedly one of the finest defensive players of his generation. The former number two overall pick has been a problem for Offensive Lines ever since he came into the league back in 2011.

Ten years later and three is a big question mark about whether his best days are behind him or whether he can recapture that top tier form that he showed season in, season out.

He is coming back from a serious injury that cost him the entirety of the 2020 season. That freak incident back in practice just days before the Broncos opened their campaign against the Tennessee Titans saw him have to go under the knife to repair a tendon in his ankle. That stalled a career that was heading towards Hall of Fame recognition and that is something that is spurring the veteran player on as he looks to make a full recovery.

Recently in practice he told reporters that he was 97.5% healthy, which apart from being a slightly quirky number is an indication that he doesn’t feel completely back to his best just yet. That would be a bit of a concern for me as players tend not to get more healthy through the grind of an NFL season.

The Sportsbooks have set his total sack over/under number at 9.5 and throughout his career - he’s only failed to hit that mark twice. Once back in 2013 when the outside linebacker only started nine games and the only other time was the last full season he competed in. Eight sacks in 15 games was his record back in 2019.

I’m a big Miller fan but betting on him to clear 9.5 sacks this season seems like a bit of a punt to me. Defenders rarely get better after a major injury and once you turn 30 then the end of a career is likely to be nearer than the beginning - unless of course you play QB where seemingly you can play forever.

Miller is 32 heading into the season and I’m going to take the under on this one.

Up to $500 in Bet Credits for new customers. Make a min $10 deposit, place bets to deposit value, once they are settled, matched amount in Bet Credits available to use. Bet Credits risk excluded from returns, T&Cs apply.