NFL Player Props: Back Tyreek Hill to clear 1350.5 yards on the season 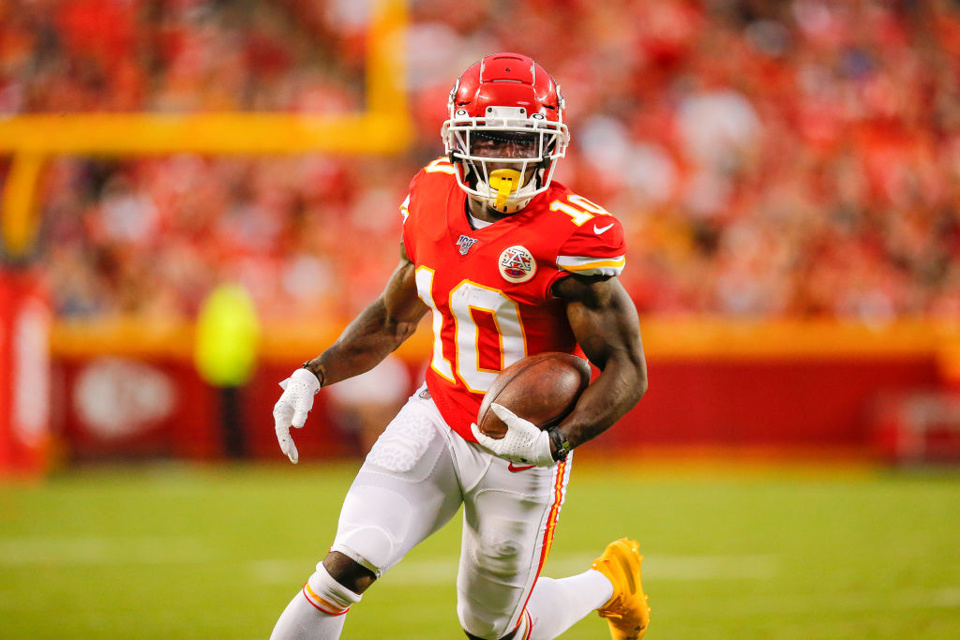 As the NFL season starts to loom large on the horizon, Sportsbooks are starting to offer some player prop bets and Neil Monnery kicks-off our overview of some of these markets by looking at the chances Tyreek Hill goes for more than 1350.5 yards in the 2021/22 season...

Tyreek Hill is undoubtedly one of the biggest game breakers in the NFL. His raw speed can stretch an NFL defense like no-one else and he’s just as big of a threat in the screen game, with Andy Reid more than willing to throw the ball to him and let his play-maker go out and make a difference.

SugarHouse in NJ has set his over/under line on receiving yards for the season ahead at 1350.5 yards. That means he has to average 80 yards a game throughout this upcoming 17 game season to hit the over. A tall task but one the fifth round pick from 2016 is more than capable to hit in my eyes.

We have all seen enough of him to know that he’s a bit feast or famine. When he goes off he can pretty much win you a fantasy match-up all on his own. Like his 269 yard, three score game at Tampa Bay last November where he’d torched the Buccaneers secondary on multiple times already by the time the teams switched ends at the end of the first quarter.

Patrick Mahomes is going to get even better with age and he’ll get a greater feel for when to go for the deep ball. The thing that makes the Chiefs’ passing offense so incredibly difficult to slow down is you can’t double team both Hill and superstar Tight End Travis Kelce. That hasn’t changed going into this season so I don’t expect much of a slowdown - if any - from either player.

In the 2018 season - which is the only time Hill started all 16 games - he went for 1,479 yards receiving with no fewer than six games where he cleared the 100 yard mark. That is some going. He’s 27 now and his speed hasn’t diminished. He would’ve started all 16 games in 2019 had it not been for a suspension and he sat out the regular season finale last time around. There is no sign of him being injury prone and with the extra game on the ledger - bet the over on Tyreek Hill in this market.