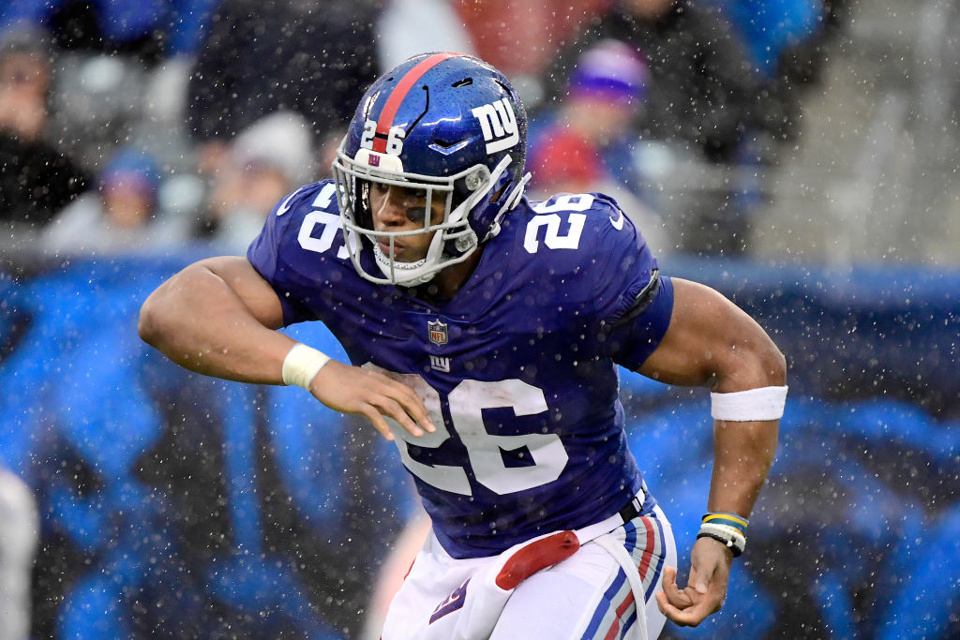 Our man Neil Monnery is a huge Saquon Barkley fan but he's struggling to see him going over 1,175.5 yards on the ground this season...

This is the one player prop piece I was seriously not looking forward to writing. For you see - I saw every single one of Saquon Barkley’s plays in college. I’m a huge Penn State fan. His play for the Nittany Lions was outstanding and he was the best skill position player I’ve seen in the blue and white.

It would be fair to say that he brought more joy as a Penn State fan than any other player in the past decade. Allen Robinson was great. Matt McGloin was fun to watch. Michael Mauti was an incredible linebacker but Saquon was special.

Yet I’m very much on the under when it comes to playing his player prop market for rushing yards in 2021. The Giants’ number one running back and number two overall pick back in 2018 missed the vast majority of the 2020 campaign following a season-ending injury in Week Two at Chicago. The fact he’s still not taking live drills at the time of writing is incredibly worrying about his availability in the early part of the season.

On the flip side, I do think the Giants’ offense will improve this season. I like the addition of Kenny Golladay (albeit the price seems steep) to help QB Daniel Jones in the passing game. This could also help Saquon get more open coming out of the flat and rumble for a good chunk of receiving yards. However the early results of the O-Line in that preseason game with the Jets shouldn’t give any encouragement that a running back - even one of Saquon’s ability - will have holes to hit and accelerate into.

Saquon Barkley is one of the most dynamic playmakers in the National Football League and in the right situation, he would be both a fantasy and real life stud. That O-Line coupled with his injury situation means however that you have to fancy the under at 1175.5 rushing yards in his prop market. The early money is taking the under and it isn’t too surprising whatsoever.