The NFC West might be the most competitive division 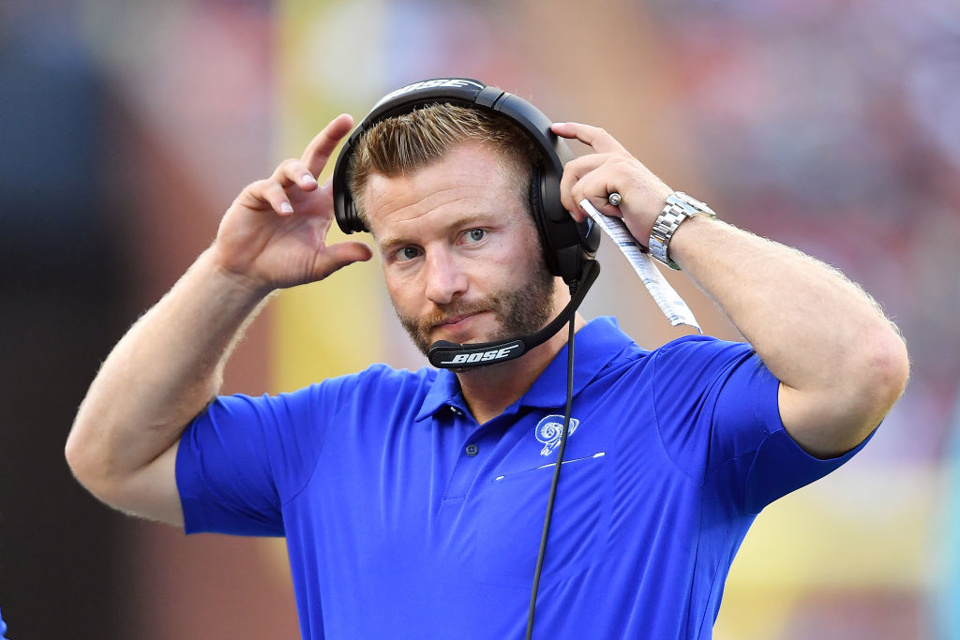 Sean McVay and the LA Rams are bedding in a new QB this season
By Zachary Rainey
11:38 Thursday 15th April 2021 - 3 minute read

The NFC West, in my opinion, is one of the most intriguing divisions in football. Not necessarily any on-field reasons just yet, but because one move tomorrow could shake up the entire division, including the odds for winning the Super Bowl, Conference, and Division.

That would mean other teams odds below them likely change as well. We have already seen significant moves in the quarterback trade market and I don’t think we’re anywhere close to being finished.

It still remains to be seen what moves are made at the position with the rest of their division. There have been buzz that San Francisco wants to move on from Jimmy Garoppolo. Unless the 49ers are planning on riding with Nick Mullens as their starter, who is still a question mark to be on the roster himself next season, that would mean a trade for a big name or look to draft one at 12. Unless they’re comfortable on rolling the dice on a guy like Trey Lance,

But like the Los Angeles Rams last season, Vegas is taking notice of San Francisco’s defense. The 49ers could look at it and think they would have to trade significant draft capitol to get a player like Deshaun Watson.

At one point this offseason, I thought the 49ers could have been in the market for a guy like Carson Wentz or Matthew Stafford, but they’re no longer options. One option I haven’t heard much buzz about has been Matt Ryan to San Francisco. Due to the money that both are set to earn and account for against the cap next season, the trade would likely have to be one for the other, or the 49ers wouldn’t be able to make a play for Ryan until they’ve moved Garoppolo.

Last and not least is the recent noise out of Seattle that Wilson is tired of getting hit too much. That seemingly came out of nowhere. While he has said he hasn’t asked for a trade, he did give four teams he would like to got to go to in event of a trade.

The Seahawks were an interesting case last season. In the first half of the season, Wilson was putting up MVP-like numbers and the defense wasn’t good, specifically the pass rush. After making a trade for Carlos Dunlap, the defense was much improved, but then the offense wasn’t performing.

I think the biggest problem for Seattle last season was in fact its offensive line and inability to get a push up front. The Seahawks will miss Carson as he is set to be a free agent. It goes against the grain these days to take a running back in the first round, and the Chiefs got flack for it, and perhaps rightfully so. If Seattle wasn’t sending its first round pick to the Jets because of the Jamal Adams trade, that pick is right in the neighborhood where Alabama’s Najee Harris is being projected.

But as we’ve seen, there’s plenty of value, especially at running back in the mid to later rounds of the draft.