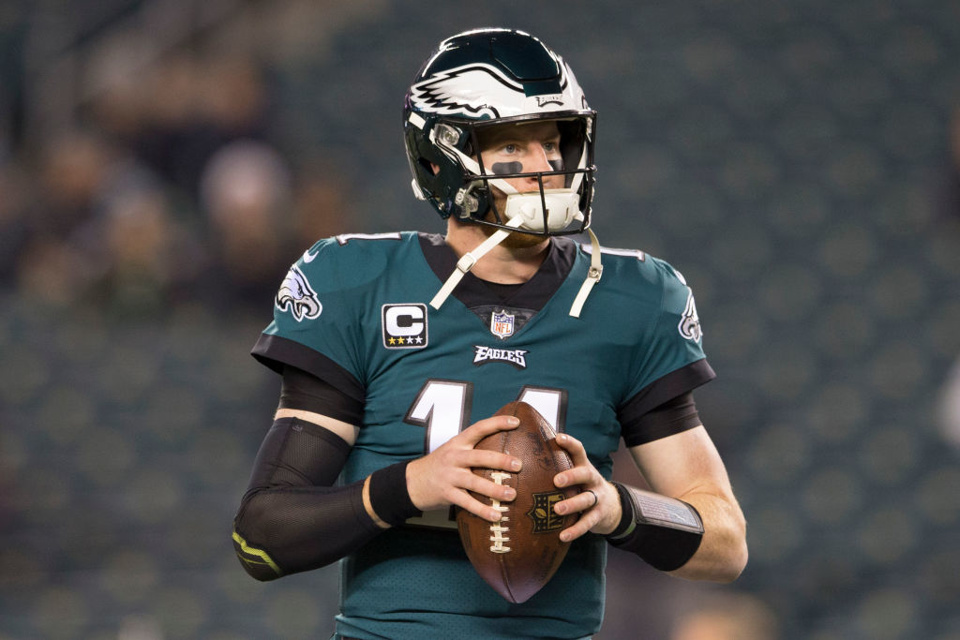 Carson Wentz is a value play in the NFL Player of the Year market but also helps the Colts in the AFC South
By Zachary Rainey
12:23 Thursday 15th April 2021 - 3 minute read

Since coming into the league, the NFL media has loved to talk about Carson Wentz. From the day the Philadelphia Eagles gave up a haul of draft picks, including two first-rounders, a third rounder, a fourth-rounder and a second-rounder the following season.

Once Philip Rivers retired, we knew the Colts were going to make a major move for a quarterback. Because we’ve learned one thing about the Colts; it’s that they don’t go long without a quarterback. They went from Peyton Manning to Andrew Luck, a one-year period where they played Jacoby Brissett, to Rivers, and now Wentz.

Wentz now is reunited with his old offensive coordinator Frank Reich. Wentz had his best season with Reich and was in serious MVP conversation. While we all know how the story goes with Nick Foles the rest of the way, the Eagles looked smart for making that trade.

Even after Reich left, Wentz looked good. He had 21 touchdowns through 11 games. At the rate he was at, he would’ve finished with 4,471 yards, which would’ve been a career-high.

But his play looked ugly in 2020. He displayed a lot of bad habits, seemingly out of nowhere. He did have an injured offensive line much of the year, but I’d almost be willing to bet Wentz ran into the most sacks in the league last year holding the ball too long.

Reich must believe that the Wentz he coached back in Philadelphia is still in there, and I really like the reunion for them. While it seems like so long ago since that great season in Philly, he is still only 28. For some quarterbacks, once they start displaying the bad habits, it’s tough for them to get rid of them. But if any coach can get him through that I like Reich’s odds.

It remains to be seen exactly what Wentz will have for weapons, as T.Y. Hilton is currently a free agent.  Second-round draft pick Michael Pittman Jr. showed flashes last season, despite battling injury. I think the Colts should put at least one veteran receiver around him. Having a proven No. 1 receiver around him would be ideal for Wentz.

As it sits, Wentz is +3300 to win the NFL’s Most Valuable Player Award next season, tied with Derrick Henry and Christian McCaffrey for ninth-best odds. The number hasn’t come out yet, but I do think that if he played well enough, Wentz could be an interesting pick for the NFL’s Comeback Player of the Year Award. I felt like I was right on my pick last year when I chose Ben Roethlisberger, but then the Pittsburgh Steelers dropped four of their last five and Roethlisberger’s decline over that span was a leading factor.

Even with the uncertainty of weapons and Wentz off the bat, the Colts were winning games under Reich even with Jacoby Brissett. Wentz is still better than Brissett. I still like the Colts to win the division and if Wentz can be a driving factor, the odds on this will move significantly.