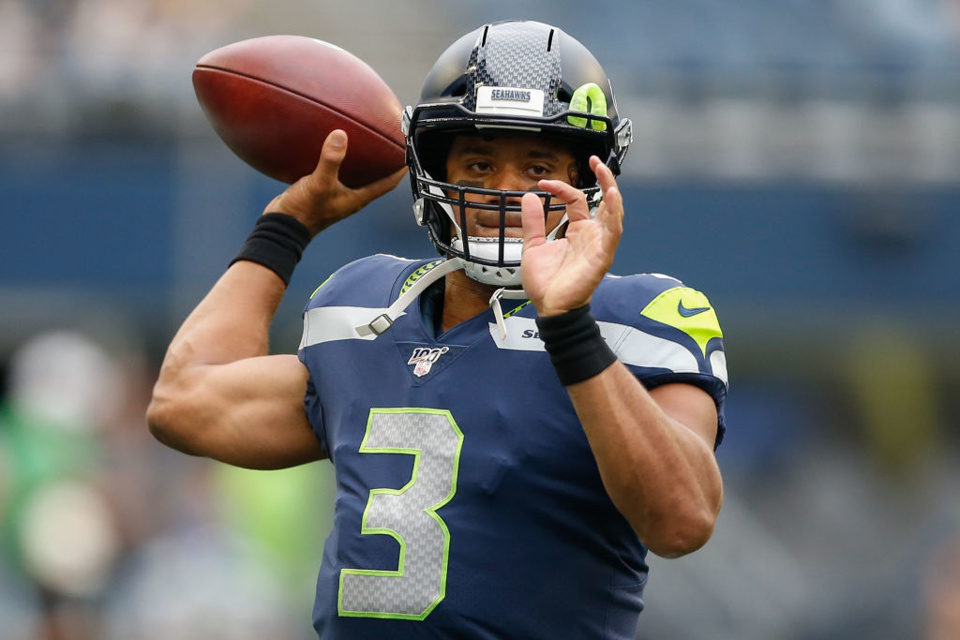 The talk all off-season has been that Russell Wilson wants out of Seattle but if he stays - he's a legit MVP threat
By Neil Monnery
08:05 Tuesday 20th April 2021 - 3 minute read

We’ve already taken a look at the top four in the betting market in the 2022 NFL MVP Futures market but there is a gaggle of five QBs who are available at around +1600 with most Sportsbooks. Is this where we find the value?

The old adage that Father Time is undefeated does still apply but when Father Time taps the greatest on the shoulder is not something I’d like to bet on. I quite like this price and if you can shop around and get +2000 then you have a value bet on your ticket.

Lamar Jackson (+1600) - The 2019 NFL MVP had a bit of a down season in 2020 but as the campaign got towards crunch time, he started using his legs more and led the Ravens on a five-game winning streak to close out the regular season.

The Ravens’ QB only put up five 200+ yard games through the air in 2020 - down from nine in 2019. A bounceback in the 2021 season is likely but with opposing Defensive Coordinators having plenty of tape, I’m not expecting an MVP type year.

Dak Prescott (+1600) - He’s got a big shiny new contract and plenty of talent in the skill positions but coming off a compound fracture and dislocation to his right ankle, can we really expect him to light it up?

Ezekiel Elliott is not the player he once was in the backfield. If defenses can sell out to shut down the passing game and cover Amari Cooper, CeeDee Lamb and Michael Gallup then it will limit Prescott’s stats.

Matt Stafford (+1600) - Here is one of the most interesting potential picks in this market. He wouldn’t be remotely involved near the top of the odds if he was still in Detroit but Sean McVay is seen by many as the Quarterback Whisperer and on paper - Stafford’s arm talent being melded with McVay’s scheme should work.

Cooper Kupp, Robert Woods and DeSean Jackson are all very good wide receivers that he’ll be throwing to this season. I also really like Cam Akers to become one of the better Running Backs in the league, which should in turn help the passing game. Not sure I’d play him at +1600 but I’m at least looking.

Russell Wilson (+1600) - All the tea-leaves seem to indicate that he wants out of Seattle but if he sticks around he’ll be slinging it to D.K. Metcalf and Tyler Lockett. You don’t get a much better 1-2 combination than that but can his O-Line give him enough time to find these guys?

He’ll have to work with a new Offensive Coordinator with Shane Waldron signing on. If Wilson is fully on board then he’s a serious MVP candidate. That however is a very big if at this juncture.