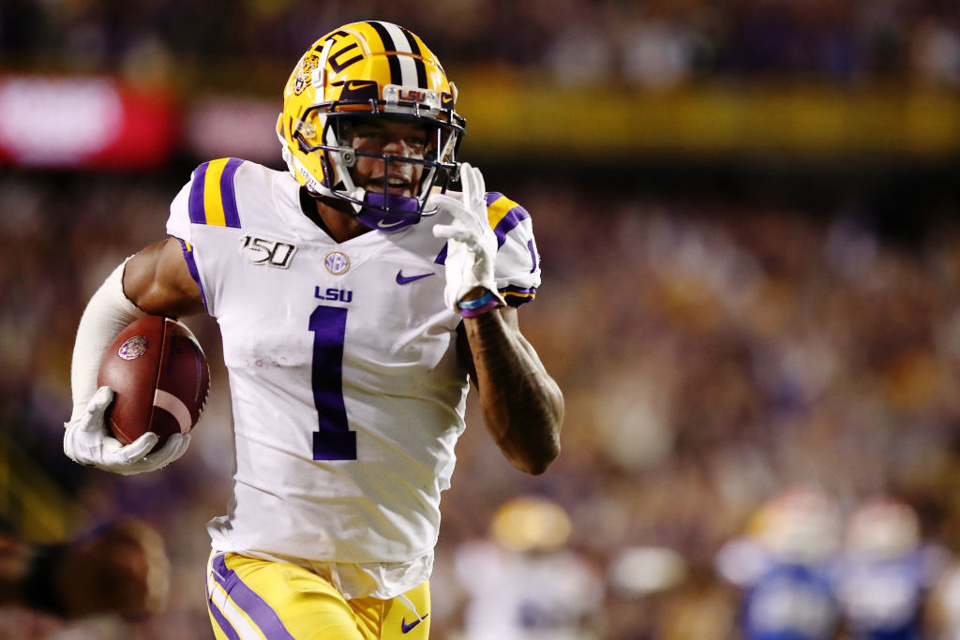 JaMarr Chase has seen his odds shorten repeatedly over recent weeks to be the first WR taken in the draft
By Zachary Rainey
14:14 Thursday 15th April 2021 - 3 minute read

Sometimes, it’s the things you don’t do that become rewarding.

For LSU’s Ja’Marr Chase, it was not playing the 2020 College Football season.

And why would he? Chase currently is likely to be the first wide receiver off the board in the NFL Draft according to WilliamHill at -450.

When he did play in ‘19, he was awarded the Fred Biletnikoff Award as the nation’s best receiver as a part of LSU’s National Championship winning team. After what NFL teams saw out of rookie wide receiver Justin Jefferson with Minnesota this season, after he was the second-best receiver on his college team behind Chase, expectations for Chase increased.

Chase was the sure-fire first receiver off the board entering the season, but then Alabama’s wide-outs joined the discussion. To many, they kind of came out of nowhere. Jaylen Waddle had legitimate Heisman buzz before getting injured, but DeVonta Smith picked up the Waddle’s buzz and ran with it in Alabama’s offense last year and carried it all the way to a Heisman trophy.

But these aren’t Heisman odds we’re talking about. Smith was great last season at Alabama, but he could see himself being the last of the three drafted in a few weeks.

Chase is still the favorite, with Smith and Waddle both at +600. I like Chase and agree with William Hill and a lot of mock drafts that have him going as the first receiver. I’ve seen plenty of Mocks with Smith as the second receiver taken, which fits the current odds, but I have also seen enough that have Waddle going as the first receiver off the board, one even as high as third overall.

Waddle checks a lot of the boxes Smith perhaps doesn’t, especially in size and game strength. At 6-1, 175 pounds, that could scare some teams off. Smith was fast, but we’ll see if he has that second level of explosiveness. He has incredible football instincts and might be the best football player of the three.

But we know that the draft is all about potential and what someone could be down the road. Smith might be the most polished at the moment. But as Ian Cimmings at Pro Football Network wrote, “Will the NFL prefer the explosive Jaylen Waddle first? Or will they instead favor the contested catch savant, Ja’Marr Chase? And what about Smith? He’s not as fast as Waddle, not as rugged as Chase, and not as big as Bateman, but he just gets the job done, with arguably the most consistency.”

At +500, I think it would be worth a ticket for Waddle. If not for Waddle’s injury, I think he would’ve stayed on his course and took home the Heisman. If that was the case, I think we’re talking about Waddle and Chase on more of a level field. With some mocks having Waddle over Chase, it would appear the same conversation is being had among scouts and general managers.