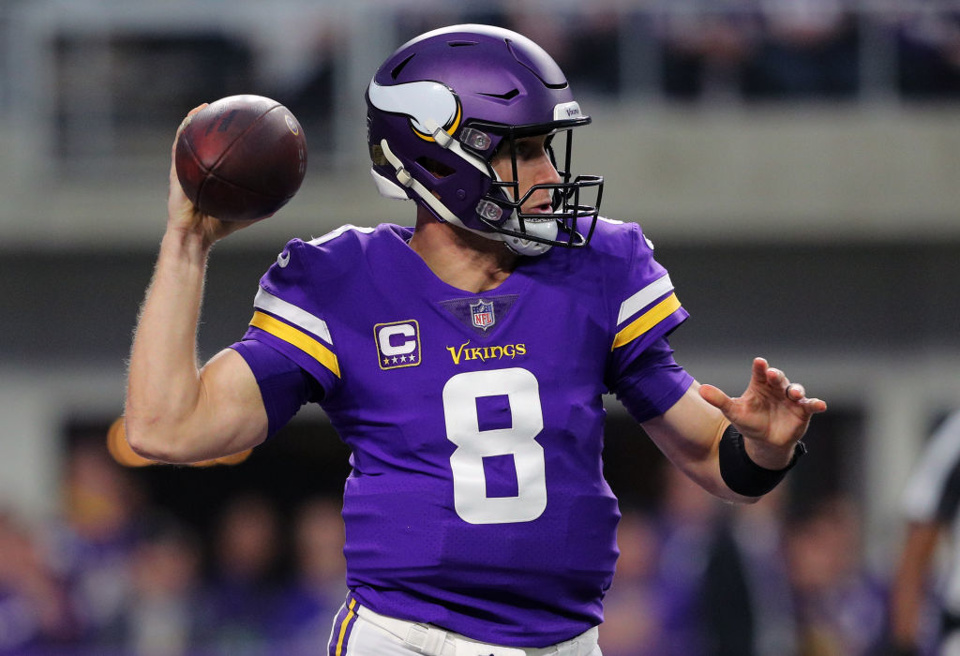 Kirk Cousins has been a strong QB in the passing game throughout his career in the NFL but his 4,000.5 passing yards over/under numbers seems a bit low. Does that mean you should take the over? Neil Monnery isn't so sure...

I have been writing these over/under prop pieces for a couple of weeks now and for the first time the big elephant in the room will surface. You know that pandemic that has consumed all of our lives for the past 18 months or so? Yeah. That.

Kirk Cousins is not vaccinated against the disease. That of course is his right and his choice but it is likely to harm both his personal stats and his team's chances of making the postseason.

On paper I like Cousins to clear 4000.5 passing yards over a 17-game season. In Justin Jefferson and Adam Thielen he has one of the top wide receiver combinations in the NFL. The second-year Jefferson in particular was quite the breakout in 2020 hauling in 88 receptions for 1,400 yards. I really like Irv. Smith Jr to be a far better than average player at the Tight End position as well. So Cousins has skill players to utilize in the passing game.

Everyone knows that Dalvin Cook is a top back who will force teams to stack the box, giving those talented players on the outside more one-on-one opportunities that they would without a strong running game.

Cousins himself has thrown for over 4,000 yards five times in the past six seasons. In 2021 he should get that one extra game as well.

Yet the Sportsbooks have his number lower than you might have expected and that surely has to be because of some Covid-19 wariness. With a NFL-low rate of under 70% of players vaccinated, they are the best bet for seeing multiple players miss games due to either getting the virus or being a close-contact of someone who has. Even if Cousins himself doesn’t miss games, the likelihood is some players will and therefore you have to factor that into your thinking.

If we were living in a Covid-19 free world then I’d be pretty bullish on him clearing that 4,000 yard number but also in that world - I’m positive the over/under line would be higher.

I’m going to take the under on Kirk Cousins based on the likelihood the pandemic still hits the Minnesota Vikings in some way in the 2021 season.