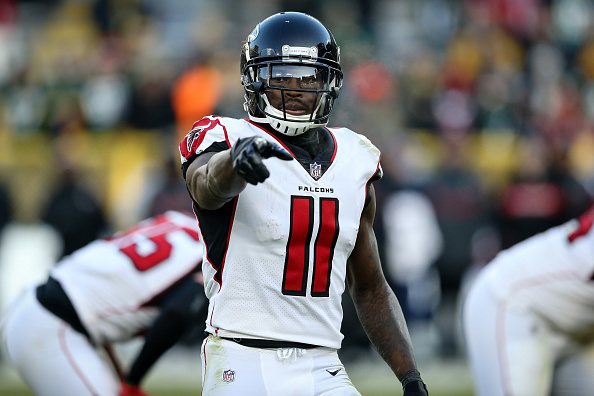 Julio Jones had a fine career in Atlanta but can he continue to perform in Tennessee?
By Neil Monnery
11:38 Friday 6th August 2021 - 3 minute read

Julio Jones has been an outstanding receiving throughout his career but an injury-hit 2020 and a new offense has caused some to question how he'll do. Neil Monnery isn't among them and with a 1000.5 yard receiving number seems very generous...

Back in 2011 when the Atlanta Falcons mortgaged the future of the franchise to go up in the first round to select the freakishly gifted Julio Jones at Wide Receiver, it was a ballsy move that ensured they got one of the very best players at that position to have come out of college this century. They were close (and should have of course) to winning a Super Bowl but despite a fantastic career - lifting a Vince Lombardi Trophy was beyond him.

Having been traded in the off season, Jones gets a fresh start on a team who has genuine Super Bowl ambitions.

Ryan Tannehill is a more than serviceable QB who has impressed having left Miami who can lead this team deep into the playoffs but just as important is the Titans have a dominant running game with Derrick Henry just mauling opposition defenses. The fact he’s just that good means teams have to stack the box to slow him down. The problem with that is AJ Brown is a superb receiver and with the addition of Julio Jones - that offense is now extremely balanced.

As for Jones himself, he only started nine games in 2020 but still hauled in 51 receptions for 771 yards. If he stays healthy then he looks like a slam dunk to clear that 1000.5 yard mark number. I can only guess it is so low because the Sportsbooks have question marks about his ability to play all 17 games as a 32 year-old and they are factoring in a bit of a slowdown.

Personally I don’t buy into that. He’s very much on my radar for fantasy purposes as I think he’ll outperform where he goes in drafts. Sometimes all a player needs is a fresh challenge to reinvigorate them. He has landed in a great spot with a decent QB who can throw a good deep ball and with a strong running game, I can’t see defenses being able to double up on Jones.

With six seasons of 1,000+ receiving in his career - Jones has only dipped below that mark when he hasn't played a full 16-game campaign. Every time he's trotted out there week in, week out, he's put up outstanding numbers.

Give me the over all day long.