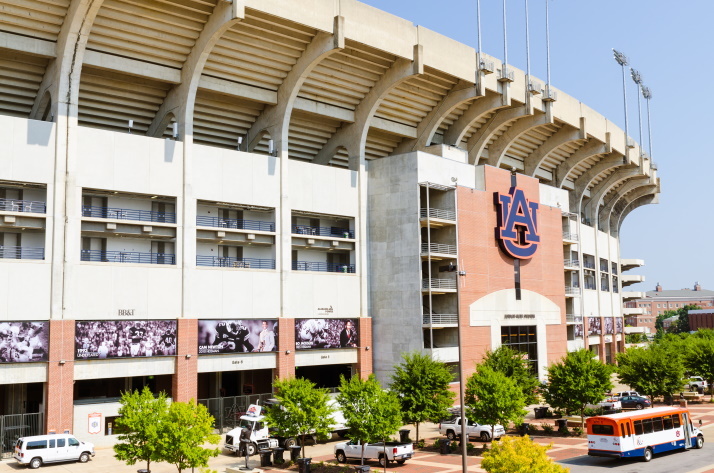 Will we see an upset at Auburn on Saturday afternoon?
By Neil Monnery
11:26 Thursday 7th October 2021 - 3 minute read

Auburn are not a bad team this year but Georgia have been dominant so far in the 2021 season so the question is can the Tigers keep it close? Neil Monnery takes a look...

The first ranked game they played was in Happy Valley where they put up a more than respectable fight against the team now ranked at four in the nation. Facing White Out conditions they played good fundamental football but a botched play on the first play of scrimmage gave the Nittany Lions a short field and that turned out to be the key score. A solid running performance gave hope that under Bryan Harsin they are capable of being good again.

In Bo Nix, they still have more questions than answers. After being benched against Georgia State, the Junior returned to lead them to that big win in Death Valley. If that Bo shows up at the weekend then they do have an outside chance to pull off what the Sportsbooks would declare as a huge upset.

Those same Sportsbooks now are pretty entrenched in their position that the Georgia Bulldogs are a really good football team...and I’m there as well. Defensively they are suffocating and even though that win over Clemson to open the season is starting to lose its luster, they have given up a grand total of 23 points all season. None in their previous two games. Shutouts are hard in college football but to do it in back-to-back weeks is seriously impressive and remember - defense travels...

They throttled Arkansas last time out by just jamming it down their throat. Backup QB Stetson Bennett IV was only asked to throw 11 times but they dialed up 56 running plays notching up 4.9 yards a carry. That is the epitome of getting it done and Arkansas just had no answer to their running attack. If you can run the ball with so much consistency you both wear down your opposition along with controlling the time of possession. A very effective double act.

This is a line I’ve gone back and forth on. I think Auburn may well be a decent team when all is said and done but have a luckluster record due to having an extremely tough schedule. A 14.5pt home team dog in this matchup seems too much to me. I think Georgia win but the Tigers keep it competitive.

-900 is no value whatsoever so bypass this market.

This has all the makings of a relatively low-scoring game and at 45.5 - I think the under is the big play. I got Georgia winning something like 27-17.