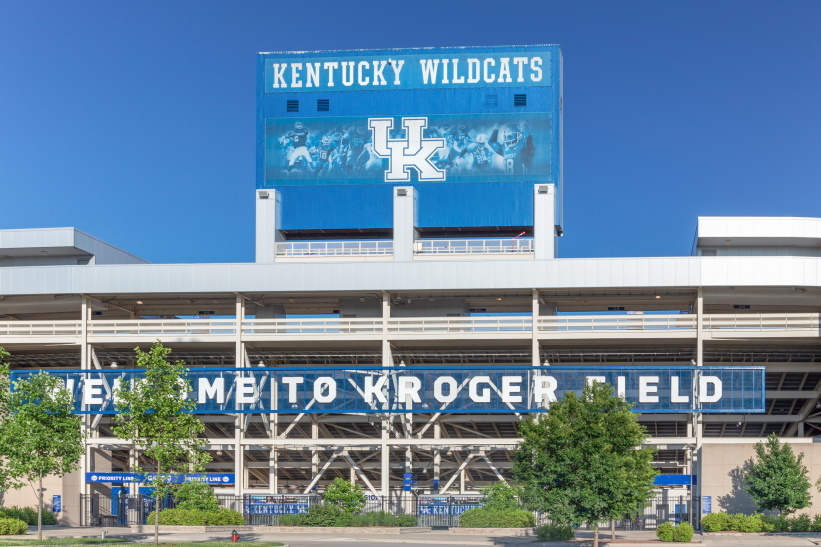 Can Florida come into Kentucky and come away with a W?
By Neil Monnery
12:24 Wednesday 29th September 2021 - 3 minute read

#10 Florida have the best loss of the young 2021 College Football season but can Will Levis and the undefeated Kentucky Wildcats knock them out of CFP contention on Saturday...?

Neil Monnery takes a look at the lines ahead of the SEC match-up...

Kentucky Football has enjoyed a stellar start to the 2021 season as the Wildcats are 4-0 for the first time since 2018. They have one big problem though - they haven’t played anyone good yet. On paper, wins against Missouri and South Carolina are decent but when you struggle against Chattanooga, you know this team might be a bit of a mirage.

They have transfer QB Will Levis starting at Quarterback. The former three-star was Sean Clifford’s backup in Happy Valley but struggled when given the chance as the starter last season. He was used almost exclusively in a wildcat package and went 23 straight plays without throwing the ball. That might well be on the Penn State offense and it was no surprise he transferred out.

He started strongly for his new team but has most interceptions thrown that touchdowns in his past two games and that game against South Carolina saw him go 15 of 22 for just 102 yards. That is troublesome as Florida’s defense is far better than what he’s seen so far.

I do love Wan’Dale Robinson who transferred in from Nebraska in the offside. He’s an elite receiver with speed and good hands. The fact Dan Mullen didn’t seem to know who he was when asked about him at a Press Conference this week should fuel his fire even more.

As for Florida, I hate talking about good losses but sometimes in college sports you have to. They clearly have the best one-loss resume around having given #1 Alabama all manner of issues a fortnight ago.

Emory Jones is a true dual-threat QB who rushed for 144 yards last time out against Tennessee when the Gators blew off the Crimson Tide hangover with a sterling second-half performance. If he plays like he did last Saturday then I see Florida rolling as 21 of 27 for 209, two scores and no picks to go along with 9.6 yards per carry is good enough to lead his team past the Wildcats.

I’m more iffy about the Gators options at receiver as Kyle Pitts was just such a big player for them last year. No-one caught more than four passes last week and against Alabama they once more had to spread it out a bit. No-one is yet standing up as a true WR1.

Florida are currently an 8.5pt favorite and I think they have enough to cover. It might be close at the Half but the Gators pull away late and win by more than a score.

Florida don’t provide much value in this market.

55.5pts is the most common line and I have 27-16 as my scoreline so I’m significantly on the under.