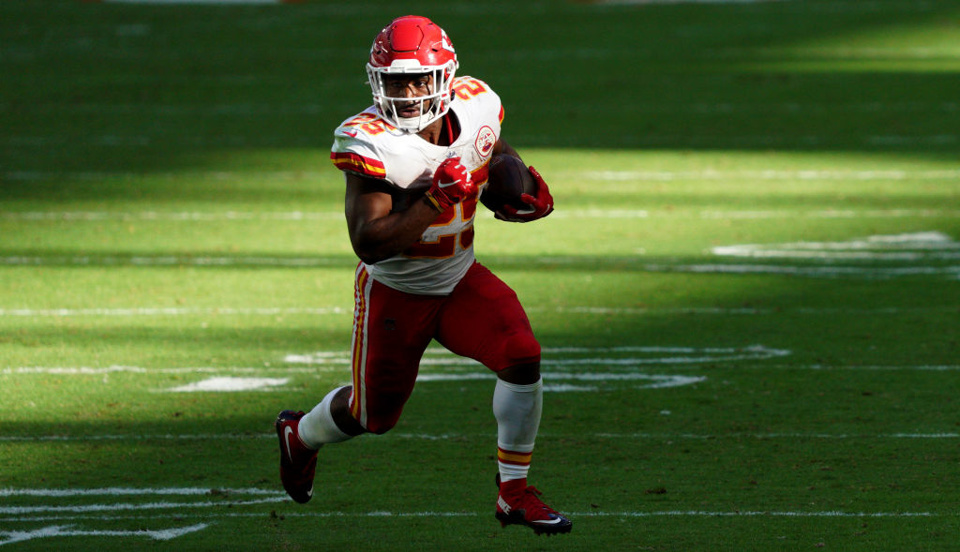 Fantasy managers all over the shop have scars from the rookie season of Kansas City Chiefs Running Back Clyde Edwards-Helaire but can he clear 850.5 yards rushing this campaign? Neil Monnery has a look...

What is it they say, ‘fool me once, shame on you, fool me twice then shame on me’ - well let me tell you a little story.

Just under a year ago I was sitting in this very chair setting up for my fantasy NFL draft. Having done plenty of research I was warming towards taking Clyde Edwards-Helaire with my first pick. I had a spot in the middle of the first round, picking eighth of 14. Looking at the way Andy Reid used his Running Backs throughout his coaching career, it looked like the right move. I selected the Chiefs’ RB and by the middle of the season my campaign was spluttering and he was on the bench in a two RB system.

So fair to say coming into this write-up, I was rather dubious and in fact fairly negative about his chances to beat his number. Then I saw that number had been tabbed at 850.5 rushing yards with SugarHouse in NJ and I suddenly noticed a thawing around my demeanor.

As a rookie a year ago the first-round pick of the 2020 NFL Draft rushed for 803 yards through 13 games. Andy Reid brought in Le’Veon Bell who would certainly take touches away from the youngster early in the season but if we take his game average of 62 yards and expand that over 17 games then he clears the 1,000 yard mark pounding the rock. That is way higher than 850.5 yards and he should be significantly better in season two.

First of all, the Kansas City Chiefs O-Line has been completely overhauled and on paper - they look to be better than they were in 2020. Trading for Orlando Brown Jr. came along with the signings of Joe Thuney and Kyle Long for the two starting guard positions. Austin Blythe and Creed Humphrey should compete for the starting job at Center and Laurent Duvernay-Tardif coming back to the team having opted out of 2020. Talk about changes but if they gel then it should create more running lanes for Edwards-Helaire to scamper through.

Secondly, with no Le’Veon Bell taking away touches, Edwards-Helaire should be established as the undisputed number one RB. Darrel Williams may well take some goal line touches but that is a problem for fantasy more than in this market. Jerick McKinnon will be a nice change-up at the position but expect CEH to get the vast majority of the touches in the backfield.

It doesn’t take in-depth NFL knowledge to know that the Chiefs have all the components to put together another stellar season offensively. It would be a vast disappointment if their number one RB was short of 850 yards.

Coming into this write-up I was taking the under but the more I look at it, the over is the clear way to play this prop market.