NFL Player Props: Mayfield to go under his 3950.5 yard number 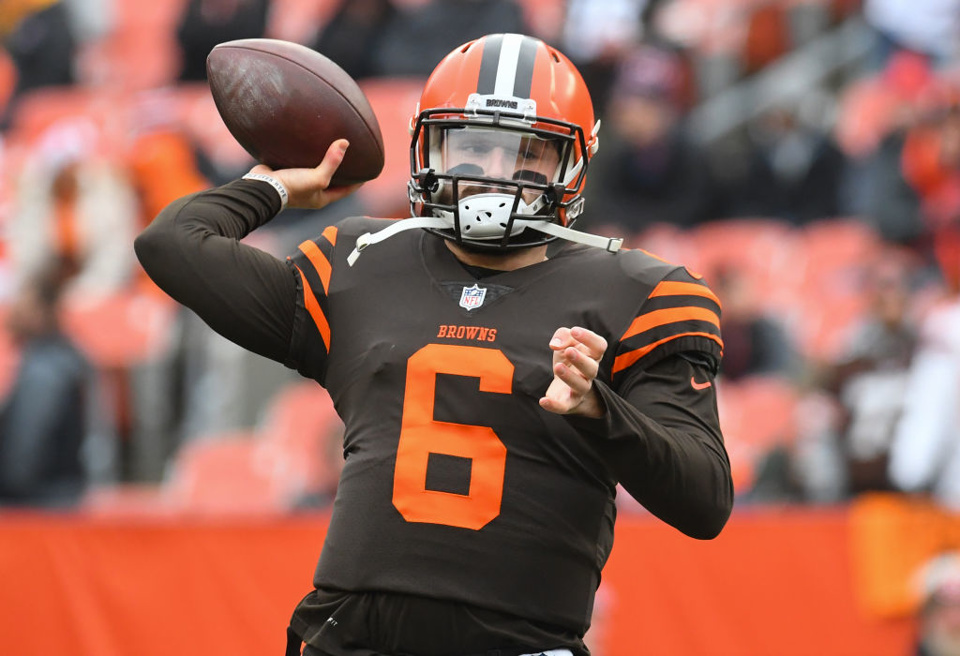 Baker Mayfield may struggle to his the passing yards number put up by the Sportsbooks
By Neil Monnery
14:46 Monday 2nd August 2021 - 2 minute read

Baker Mayfield is steadily getting better as a QB for the Cleveland Browns but Neil Monnery thinks the Sportsbooks have set his passing yard number surprisingly high...

With a line set at 3950.5 yards, those looking to make a prop bet on Baker Mayfield’s season will be a bit surprised the number is so high. The former number one overall pick coming out of the 2018 NFL Draft has yet to hit that mark in his three years as a professional. His play has clearly been improving but is he ready to make a leap in his passing numbers?

One issue the former Oklahoma Sooner clearly has in his completion percentage. So far through three years he’s averaged 61.9% in that statistic with a season-high of 63.8% as a rookie. If he is going to throw for a high number of yards then you’d expect that percentage to be up a bit. I compared it with Justin Herbert’s rookie season of 66.6% and it compares well with Giants QB Daniel Jones, who is at 62.2% for his career so far.

Another stat that shone brightly in 2020 was the drop-off in interceptions. The 26 year-old only saw defensive players pick him off on eight occasions last season, down from 21 in 2019. This indicates that Mayfield is being far less aggressive with his decision making when throwing the ball down the field.

With plenty of talent on the exterior, Mayfield certainly isn’t short of players to hit down the field. Everyone knows about the talent that Odell Beckham Jr. and Jarvis Landry is a more than solid WR2. The 28 year-old has averaged a tick over 1,000 yards a season. In addition, Rashard Higgins stepped it up in 2020. He started six games and recorded 599 yards on 37 catches. So you certainly can’t knock his targets.

A deep running back stable means that this offense will lean heavily on the run game. Nick Chubb and Kareem Hunt have impressed as a one-two combination in the backfield. Chubb was just north of 1,000 yards last year with Hunt closing in on 850. I fully expect those numbers to go up in 2021.

Bayer Mayfield is clearly maturing as a QB but I don’t see him airing it out greatly in the upcoming season. I like the under here.