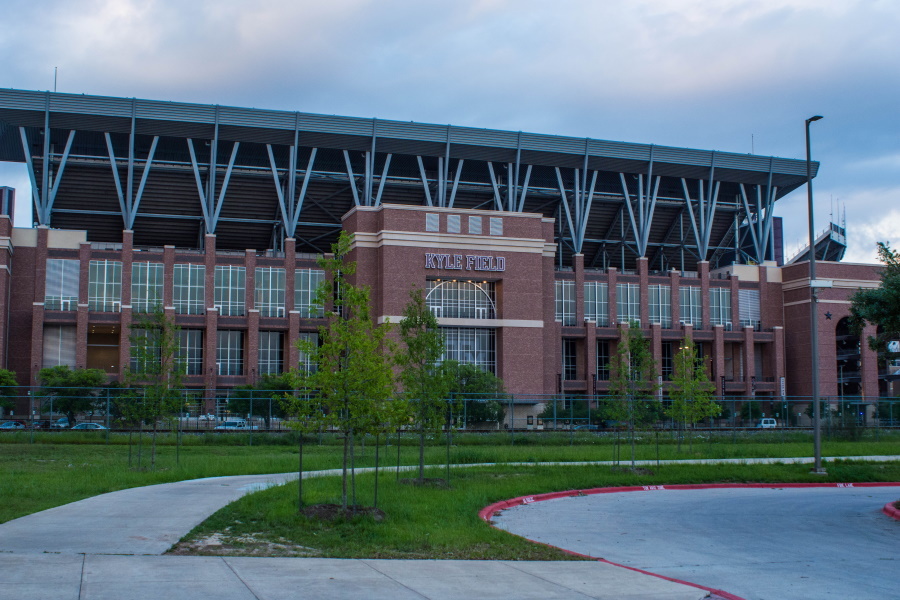 Can Kyle Field inspires the Aggies to a shock win over the Crimson Tide on Saturday night?
By Neil Monnery
09:51 Thursday 7th October 2021 - 3 minute read

Get your straight bets paid out if the team you back gains a 17 point advantage - for parlays the selection will be marked as a win. T&Cs apply,NJ only.

Log in each Tuesday to get a 20% Profit Boost to be used on NFL OR NCAAF!

Alabama take on Texas A&M on Saturday night in what should be one of the most one-sided primetime games on network TV this season (even more so than  Indiana @ Penn State last week) but it still offers up betting opportunities writes Neil Monnery...

Alabama are still Alabama but Texas A&M might actually be the worst team in the SEC West. Preseason this looked like a probable top five matchup but concern started building when the Aggies struggled past Colorado 10-7. Defeats to both Arkansas and Mississippi State though have confirmed just what everybody feared...Texas A&M aren’t any good.

This game is likely to do a poor number for CBS but that doesn’t mean much for bettors as this game still offers some good betting opportunities.

Surprisingly the Crimson Tide are only 17-point favorites. Yes, 17 points is still a minimum of three scores but after the way they dominated a previously highly ranked Ole Miss team at the weekend, the only question mark surrounding the team is whether or not they would be favored over Georgia on a neutral field.

Seeing the running game click is a dangerous sight for all those who still have Bama on their schedule. Brian Robinson Jr. crossed the goal line on four occasions and churned out 171 yards on 36 carries. That power run game was a long-time staple of a Nick Saban offense but having that along with the deep passing threat of Bryce Young and his plethora of high level receivers should put the wind up opposing defenses. They won 42-21 but watching the game you just felt like Saban and Co. weren’t desperate to rub Lane Kiffin’s face in it and didn’t keep their foot on the accelerator.

This is potentially a huge game for Jimbo Fisher and the Aggies. All their hopes and ambitions from just over a month ago have now gone up in smoke. They would get a lot of credibility back should they pull off the huge upset. A home game in College Station against Alabama had all the makings of a game for the ages. The one that put the Aggies firmly in the upper-tier of colleges. Those hopes though whilst not evaporated completely, seem highly unlikely now.

The line has been set with the Crimson Tide a 17-point favorite and even on the road, at night, against an SEC foe, I’m comfortable laying the 17. Bama.

-900 is no value whatsoever so bypass this market.

53 is an interesting number as you have to think the Crimson Tide score at least 30 and likely in the high 30s so do I think the Aggies score 14-17 or more on this Alabama D? I do not. Take the under.