NFL Player Props: Thielen's prop number is a tough one to play 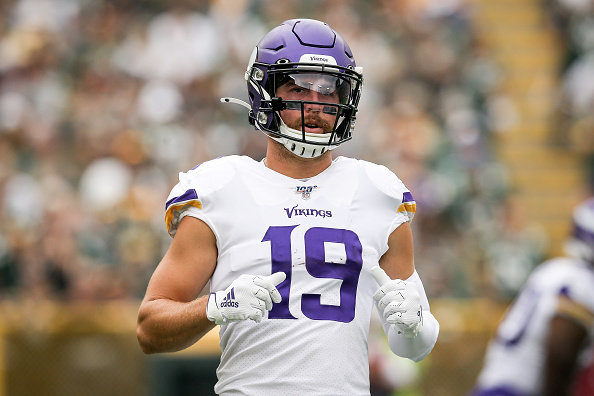 Adam Thielen has enjoyed a wonderful career so far in the Twin Cities and Neil Monnery likes it to continue. Whether that means he's an over play in the receiving yards prop market is another matter altogether...

The Minnesota Vikings on paper have one of the very best offenses in the NFL. Kirk Cousins might not be Patrick Mahomes but he has enough ability to get the ball out and is relatively accurate with a decent enough arm.

With a strong running back in Dalvin Cook forcing teams to stuff the box, it allows the receivers to get open. In Justin Jefferson they have a young superstar and with Adam Thielen they have an extremely reliable WR2. The question for this market is whether WR2 will get enough action to clear the 1000.5 yards receiving mark.

I’ve already written about Kirk Cousins and his stance on Covid-19 vaccines. This is very much not a political website but by refusing the jab, he does clearly raise the possibility for either he (or other members of the squad) to test positive and miss games in the upcoming season. That has to be taken into account when assessing whether to go over or under the number that the Sportsbooks have set.

Thielen himself has been an absolutely superb receiver throughout his career from an undrafted free agent to Vikings star. However his yards/game ratio has gone down in the past two years from his highs of 2017 and 2018. Last year he had 61.7 yards a game resulting in 925 on the season. On those averages, he’d sneak over the number in a 17 game season (he only played 15 games last year) but can we expect him to carry on putting up similar numbers?

I think we can and this is why this is one of the tightest calls of any of the prop markets I’ve looked at so far. If you asked me to have a 100 yard spread on where I think he’d end up when the regular season is over, I’d go between 950 and 1,050.

The reason I’m going to lean the way I am is because as Justin Jefferson’s game gets even better - he’ll become an even clearer WR1 leaving Thielen to get fewer receptions. His game is good enough to go over but I feel he’s an under play and also a fantasy pass. The fact he could easily miss a game or two as well is secondary but one that can’t be ignored.