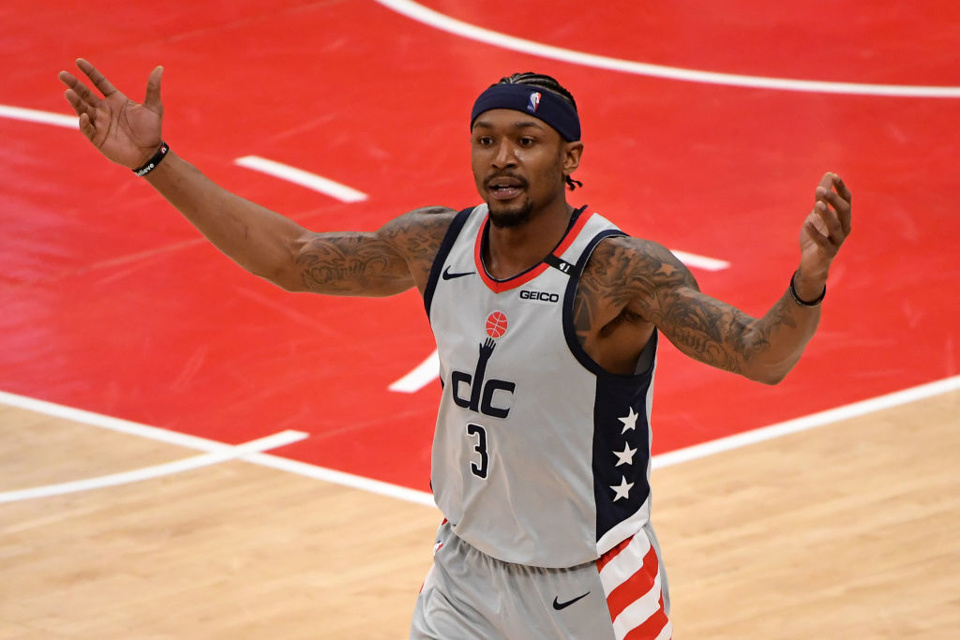 Can Bradley Beal help get the Wizards back into this series tonight?
By Zachary Rainey
20:00 Wednesday 26th May 2021 - 3 minute read

The line is Philly -8 and Zach Rainey thinks that is right on the money. So he has a keen eye on a Player Prop away from the spread...

Really the only match-up that didn’t give us any drama in Game 1 of their series was the Philadelphia 76ers and the Washington Wizards.

The spread currently sits with the Sixers as an 8-point favorite. For some reason, I think that’s right on the money.

Philly has the easiest road to the conference finals, as they will take on the winner of Atlanta and New York in the second round. I see them trying to get this series over with as soon as possible so they have more time to rest before their next series.

Watching what the Wizards had to do to even get to the playoffs after such a rough start to the season was impressive and one of the more underrated story lines of the NBA season, but I don’t think it will be enough to upset the Eastern Conference’s No. 1 seed.

Instead, I’ll be looking toward the under.

I think the Sixers will win in more convincing fashion in Game 2 and make a statement before having to head for the nation’s capital for the next two games. If this game turns into a blowout, I could see both teams putting in their subs, thus likely driving the total down.

I still have my long-term reservations about Philly. Tobias Harris stepped up in a big way in Game 1 with 37 points, but that’s not sustainable. While Ben Simmons lit up the stat sheet with 15 rebounds and 15 assists, he scored just six points. At some point, as they go further, Philly is going to need him to score, and that’s what I’m worried about.

But for now, let’s enjoy just how good Philly is in what I think could be a big win for the Sixers tonight.

Because of that, I’m taking Joel Embiid under 32.5 points. The Wizards have a rotation of roughly three centers they can put on Embiid. While none of them can really hang with him, they’ll almost always have fresh legs surrounding him.