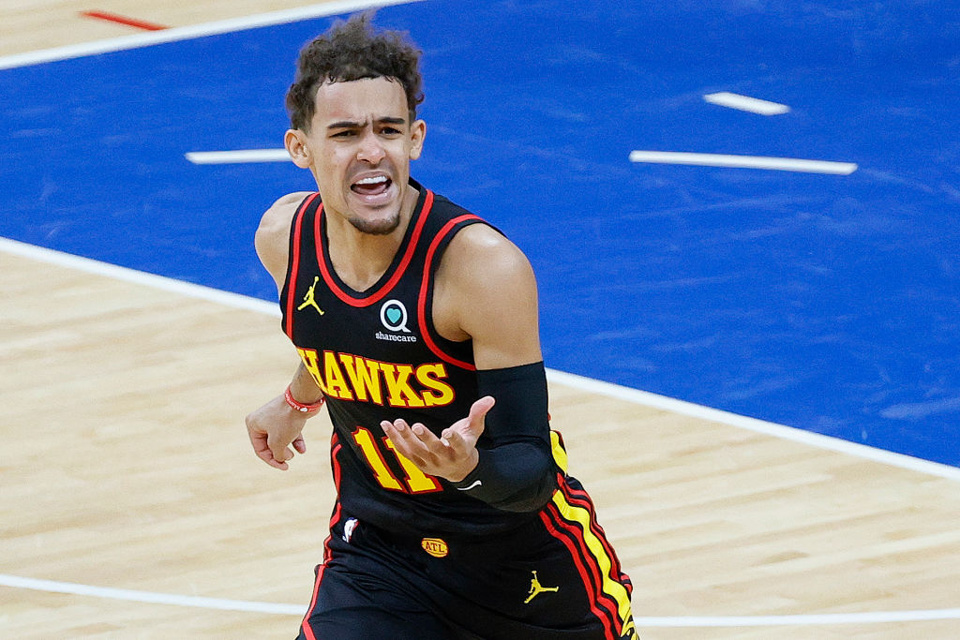 Is Game 4's low total a sign of what's to come for Game 5? Zach Rainey gives you his pick for tonight's Eastern Conference game.

Game 4 between the Philadelphia 76ers and the Atlanta Hawks is still perplexing to me.

Philly had a sizable lead and absolutely fell apart in the second half. I’m not sure whether it’s the meniscus or that the refs were letting them play a bit more physical, but Embiid was downright terrible down the stretch.

He was 0-for-12 in the second half and the Sixers still only lost by three, as Seth Curry’s last-second shot was offline. Now that the series has moved back to Philly, the Sixers are currently -7 favorites.

The most telling part of the game for me was on that last possession, when the Sixers needed a three, Ben Simmons was on the bench. He’s the exact opposite of what you’d want out there in that situation, as he isn’t even a threat to shoot.

His woes at the free-throw line have also continued, as he was 1-for-5 for the game. So not only is he not a threat to shoot a three, he’s a liability to even have on the floor, since the Hawks, or anyone for that matter, will just foul him off the ball to not even allow the other team a shot.

That being said, I think it’s time once again to bring back the conspiracy theory that Simmons shoots with his wrong hand. I’m not going to go all conspiracy nut here in this article, but look into it for yourself.

I also am starting to believe that Simmons is overrated as a passer. He logged just two assists in the second half. I know Embiid wasn’t hitting literally any of his shots, but as a “point guard” he needs to realize what’s happening and facilitate for other guys. Embiid’s shots accounted for nearly a third of Philly’s second-half shots, while their leading scorers for the second half were Furkan Korkmaz and Shake Milton who each had eight.

Unfortunately, Tobias Harris doesn’t seem like he thinks of himself as the team’s second option, but more as the third behind Simmons. When people talk about the Sixers, that’s probably the case, but when it comes down to someone needing to hit shots, Harris needs to get more than five second-half shot attempts.

Give credit to Atlanta. They battled back, kept getting defensive stops and ran the floor well. But the one guy I think that was the unsung hero of the game was John Collins. He went for 14 points, including that thunderous putback dunk late in the game when it felt momentum was shifting back toward Philly. He also snatched 12 rebounds, with five coming on the offensive end.

While I think Philly will be more efficient offensively tonight, I still like the under 224 tonight. I think these games will continue to be close and you’ll see totals start to dip, as both teams each have a better feel for what the other is going to do.

For our prop of the night, I’m taking Collins’ over 7.5 rebounds, as I think he continues to roll in that department. Offensive rebounds are mostly about positioning and hustle, and he proved he can steal a couple possessions on the offensive glass.