Nats a strong +255 Play on the Moneyline against the Mets 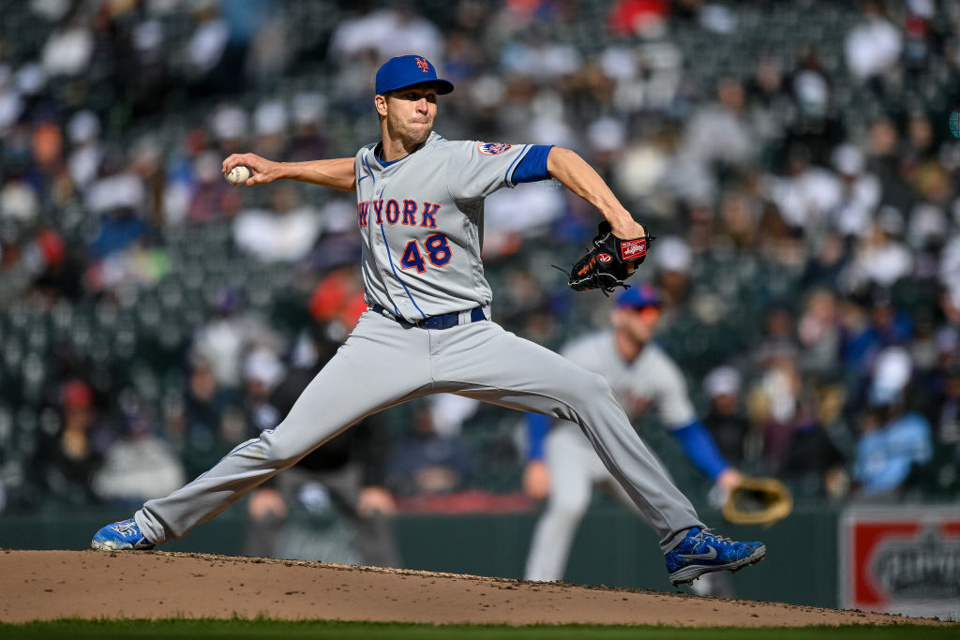 Jacob deGrom is a fine pitcher with a spectacular ERA but can he lead his team to a win on Friday night?
By Neil Monnery
11:29 Friday 23rd April 2021 - 3 minute read

When you are either sitting down to type out an MLB game preview or indeed logging on to your Sportsbook and looking at the lines before placing your bet - your primary read is looking at the itching match-up. Yes you look at the two offenses, any injuries, hot and cold streaks but the focus is on the two men toeing the rubber.

This Friday night sees one of those pitching match-ups where you look on paper and can’t see anything but a one-sided game. Looking deeper though beyond the headline numbers and what you know about one of the two men involved.

Jacob deGrom (1-1 0.45 ERA) with 35 strikeouts is one of the very best pitchers in Major League Baseball. This isn’t exactly breaking news but if I told you that his worst ERA for a season coincided with his most wins you might be surprised. That was back in 2017 when he went 15-10 with a 3.53 ERA.

There is little doubt that the right-hander is one of the most hard luck pitchers around. In 2018 he was only a game over .500 going 10-9 with a paltry 1.70 ERA. A year later he was 11-8 with a 2.43 ERA. So far this campaign he’s started five games but only got the one win to his name but not only that - the Mets have only won one of his five starts. That should be a worry not only for fans of the team but only for bettors who are ready to lump on the home side on the Moneyline.

Erick Fedde (1-1 5.56 ERA) will get the ball for the visitors and that ERA is wildly inflated by a shocking first start of the season when he failed to get out of the second inning where he gave up six earned. His following two outings however were much better going 4.2 and five innings respectively going only one in each start.

The former first-round pick of the club back in 2014 struck out nine in his last effort against Arizona this past Saturday. This indicates that he’s certainly no slouch and with deGrom’s lack of run support - looking at the Moneyline odds they seem awfully surprising to me.

Playing the Moneyline where the Nationals are a rather tasty +255 seems like a very decent price.

Neither team are particularly good and deGrom is absolutely fantastic but his lack of run support should keep this game close. The current odds indicate they have a less than three in ten chance of winning and that seems way too small for me.