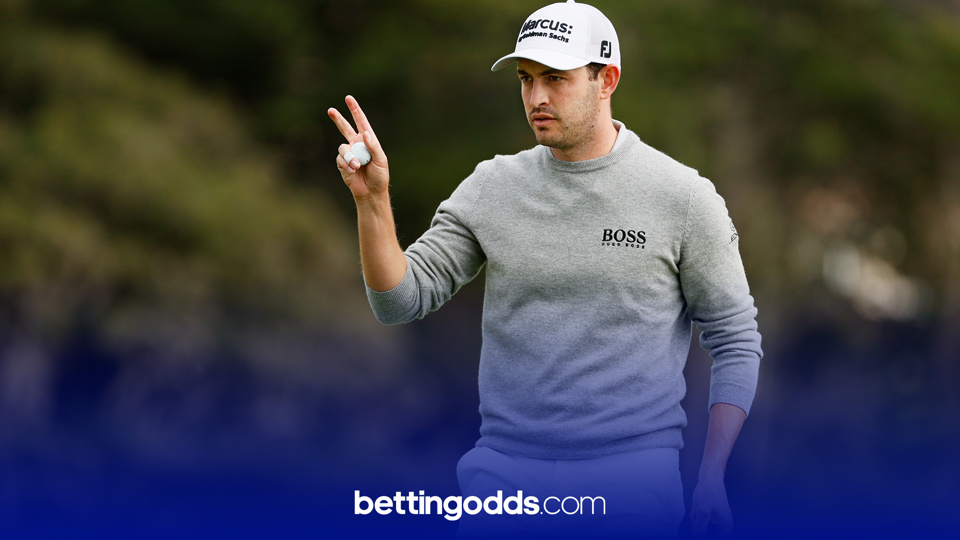 Our PGA Tour man JN Campbell passes on his betting strategies as part of his preview for this week's Open Championship.

After it was summarily canceled last year because of COVID-19, The Open Championship or simply, “The Open,” is back on track. The 2021 edition has not been without controversy … as entrants have not taken kindly to the strictness handed down by tournament organizers. It will be interesting to see how it unfolds. When it comes to regularly hosting the event, Royal St. George’s is the only stop located in the southeast portion of England. It is 4th on the list, when it comes to the number of Open Championships—an honor to say the least. Most recently in 2011, it was Darren Clarke (former Ryder Cup Captain) who hoisted the famed Claret Jug, as he fulfilled a lifelong dream.

The Royal “G,” just north of the stunning White Cliffs of Dover, is nestled right along the coast in Sandwich, and comprises a number of links courses in the classic tradition. Just across from Dunkirk, where British troops were ferried by Churchill’s “Private Navy” as the Nazi brutal advanced, the region is ripe with the past. The course continues to stand the test of time. Weather will continue to be a major factor with wind and rain an ever-present constant. Players could be facing sunny skies at one point, then a deluge could be coming from the sky. Stay tuned to those forecasts because it will make a major impact on who tees off when.

As for this year’s field, we have already seen a number of defections based on positive testing and/or golfers that are adjusting their schedules. The Masters Champion, Hideki Matsuyama, is a positive, so he will not be making the trip. A few South Korean players will remain in East Asia, as they wait for the coming Olympic Games. If Si Woo Kim and Sungjae Im win a medal in Tokyo, they will not have to serve in the South Korean military. A juicy exemption to say the least … As for the rest of the field, it will include some “big names” like Bryson DeChambeau and Jon Rahm will be on hand, along with former champions like Phil Mickelson, Jordan Spieth, Rory McIlroy, and Francesco Molinari. Regular Top 20 scorers like Matt Kuchar, Xander Schauffele, and Brooks Koepka will also join the fray.

Last week, Lucas Glover punched his ticket to Royal St. George’s with a win in the John Deere Classic. We missed on a few of our “props,” but Patton Kizzire did make a nice charge late in the tournament (finishing 11th). Let’ see what we can construct for what is the last Major of 2021. There is nothing like waking up on Saturday or Sunday morning here in the states, and watching some great golf that is The Open …

Although Jordan Spieth doesn’t seem quite as competitive as he was when he lifted the “Jug” in 2017 at St. Andrews, he still deserves a fair amount of respect. When you put him up against Justin Thomas, this looks like an inviting “prop.” Their fair odds are comparable, and it looks like we might have a heck of a low match between them. Thomas has had his share of troubles too, and his record in this Major is not the greatest. Maybe the weather just does not agree with him … which is an odd comment considering his ability to scramble. I think a final score between this pair will be very tight, but I am inclined to pick Spieth. When he is putting well, especially from distances over 10ft., he can be a formidable opponent. I get a sense that Thomas is more “off his game” than the former champion. But it will be extremely close …

In 2015, Zach Johnson won at St. Andrews in a thrilling playoff with Marc Leishman and Louis Oosthuizen. The 2 players just outside that trio were Jordan Spieth and Australian Jason Day. It was the latter’s best finish in The Open. His next Major was a win in the PGA Championship at Whistling Straits. Since those impressive excellent performances, Day struggled with vertigo and chronic back pain. If you know anything about golf, the amount of torque you need to generate is massive. Struggling with those issues hasn’t left him debilitated though, and he has fought on. In 2021, he missed cuts at The Masters, Wells Fargo, and the Byron Nelson, but he has steadily improved since the Kiawah Island PGA Championship. Rested and ready, he is going to be a massive overlay at 70/1 or higher. Day has the experience and ability to not only “make the weekend,” but also contend on Sunday.

With 4 wins on the PGA Tour, Patrick Cantlay might not be classified as an “unknown.” He has quickly ratcheted up the ranks over the past 6 years in fine style. A product of Long Beach, California, he attended UCLA for a couple of years before turning pro. His 2021 includes a number of highlights … namely, a score in Jack’s Tourney at the Memorial was impressive. A run through Cantlay’s stats, and you find some impressive rankings from 10th in scoring average to 22nd in greens in regulation. Where he has the best opportunity to improve is his work on the greens, which will offer a challenge in SE England. If Cantlay can keep his head about him, and he finds ways to make up a shot here or a shot there, then he could have a great chance on the final day of the competition. I think he is one of the hottest golfers on the PGA Tour, and his consistency is key. It looks like 28/1 is a steal for this striker!

Enjoy all the action from Royal St. George’s! It is time for “The Open!”

Golf Odds
No offers available for the current results filters

get offer get offer
New customers, 21+, T&Cs apply, NJ only.

get offer get offer
New Customers Only, 21+, T&Cs apply, NJ only

get offer get offer
New Customers only, T&Cs apply ,21+, NJ only.

get offer get offer
21+, T&Cs apply, only 1x wager required.

get offer get offer
21+, New customers only, T&Cs apply, NJ only.

The Tour Championship 2021 Golf Predictions as BettingOdds.com preview the event and provide a list of Winner…

BMW Championship 2021 Golf Predictions as BettingOdds.com preview the event and provide a list of Winner Odds…

The Northern Trust 2021 Prediction: Xander very much in play

The Northern Trust 2021 Golf Predictions as BettingOdds.com preview the event and provide a list of Winner Odds…

Wyndham Championship 2021 Picks: Will Zalatoris is our play

Wyndham Championship 2021 Odds as BettingOdds.com provide Betting Picks for the Tournament along with Prop Bets…

St Jude Classic 2021 Odds as BettingOdds.com provide Betting Picks for the Tournament along with Prop Bets and…

Olympics Golf 2021 Odds: Rory has what it takes

Olympics Golf 2021 Golf Predictions as BettingOdds.com preview the event and provide a list of Winner Odds for…

3M Open 2021 Odds as BettingOdds.com provide Betting Picks for the Tournament along with Prop Bets and Predictions

John Deere Classic 2021 Odds as BettingOdds.com provide Betting Picks for the Tournament along with Prop Bets…

Rocket Mortgage Classic 2021 Odds as BettingOdds.com provide Betting Picks for the Tournament along with Prop…

Travelers Championship 2021 Odds: Brian Harman gets our Pick to win

Travelers Championship 2021 Odds as BettingOdds.com provide Betting Picks for the Tournament along with Prop Bets…