North Macedonia vs. Netherlands Predictions: Both Teams to Score at +110 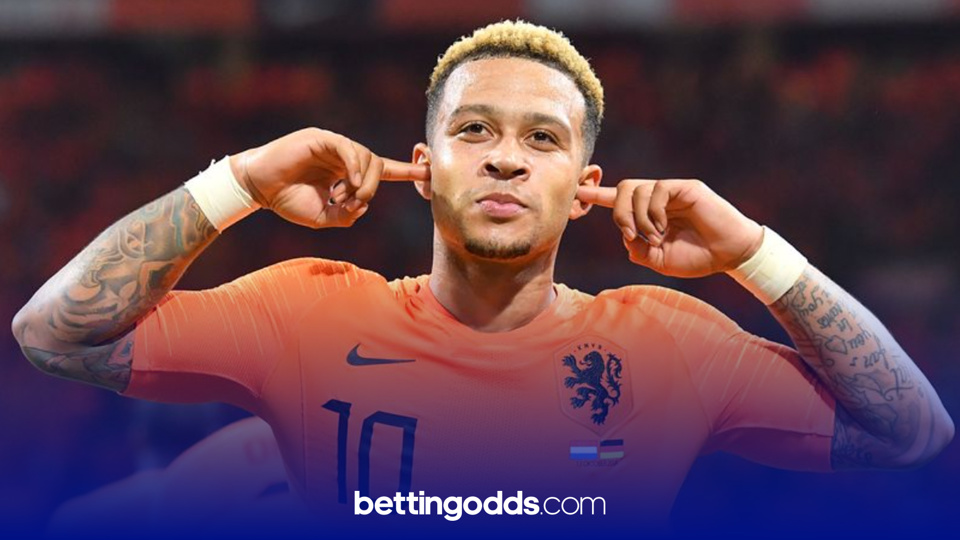 Memphis Depay has secured a move to Barcelona but will that help translate into goals for the Netherlands this Monday?
By Neil Monnery
10:06 Monday 21st June 2021 - 2 minute read

The Dutch are through. The North Macedonians are on their way home. This dead-rubber match however may well be rather entertaining as Neil Monnery picks out some bets to play...

The Netherlands have already qualified as group winners from Group C and therefore how they line-up against North Macedonia is pretty much guesswork. Like Italy did on Sunday, the Oranje may well make wholesale changes to their starting XI to give their perceived starters a rest and get their squad players potential valuable game time to keep up their match sharpness.

As for North Macedonia, they have been terrific value in Euro 2020 despite being by far the lowest ranked nation in the tournament. They gave both Ukraine and Austria a bit of a scare in their group matches. Sadly those two defeats already mean that they are assured of going home after this final group game but I fully expect them to continue playing good football and to cause whichever side Frank de Boer puts out on the park problems.

Since the past round of games - Dutch striker Memphis Depay has secured a move to Barcelona. The 27 year-old has been heavily linked with the transfer but with it now signed and sealed - hope is that he can start to concentrate on his performances for his national team. At home he’s received plenty of criticism for his displays in their first two games.

Also North Macedonian stalwart and leader Goran Pandev has announced his retirement from the international football stage. At 37 and with 121 caps to his name, this is a chance to have a rousing send off for one of the most underappreciated players of his generation.

Picks: I like North Macedonia to score. I really do so the +110 with Resorts Casino for Both Teams to Score jumps out at me.

If Memphis Depay does start (which is a big if) then +120 for him to score anytime with Resorts Casino is my play. Goran Pandev should start and you can get a whopping +450 on him to leave the international football stage with a goal to his name. Bet365, BetMGM, Borgata and PointsBet all offer that starting price.