Finland vs. Belgium Predictions: De Bruyne to be Star of the Match 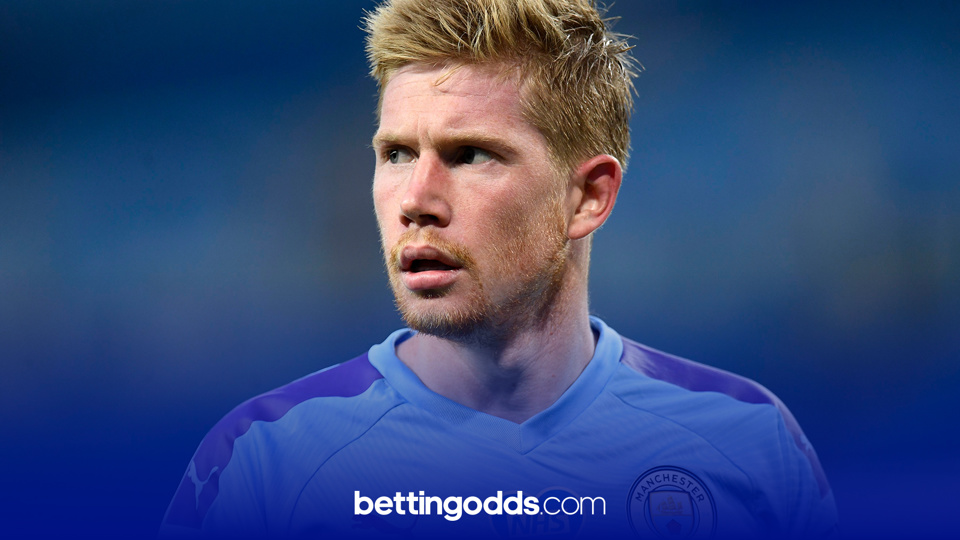 Manchester City's Kevin De Bruyne can be the star of the show in this match
By Neil Monnery
11:15 Monday 21st June 2021 - 3 minute read

Belgium are highly likely to win their final group game with Finland so Neil Monnery has three prop bets on his radar heading towards kick-off...

Finland probably didn’t expect to come into their final group game with Belgium still with a very realistic chance at qualification. A draw should be enough depending on results elsewhere but victory would certainly get the job done and cause plenty of celebration across the country.

The win in their opening match will forever be associated with Danish captain Christian Eriksen fighting for his life on the pitch. It was a smash and grab on the pitch as Joel Pohjanpalo scored with Finland’s only attempt on goal. In their second game they lost 1-0 to Russia but again only managed one shot on target. Opposition goalkeepers certainly don’t have to be on high-alert against the Finnish attack.

Still they are sitting in third spot with three points knowing Russia face a tough ask by traveling to Denmark for a game that will be full of passion not only from the players but also the supporters. This could very well leave the door open for Finland should they be able to do a job on Belgium.

To do that they will likely need help from the Belgian defense and if you watched the way they played in Denmark, you may well think they would get some. Time and again (certainly in the first half) the Belgian backline looked slow and was torn apart by a rampaging Danish front line. Somehow they got into the half only one down and the second half the balance of the game tipped somewhat after the introduction of Kevin De Bruyne. The Manchester City midfield maestro was imperious and showed all the class you would expect as he helped turn the game around.

If KDB starts for Belgium later today then I find it really hard to see anything but a Belgium win if I’m being honest. The best price for that is -275 with William Hill in New Jersey. So let’s avoid the Moneyline as there is very little value there.

Picks: I don’t think much at all of Finland’s attacking options but I see issues in the Belgium defense. So at +150 for Both Teams to Score with Resorts Casino, I’m having a small play.

You can bet with bet365 on who will be Star of the Match and after his stirring second-half display last time out - at +350 Kevin De Bruyne is a good bet to win that award.

Over 2.5 goals is odds-on everywhere bar Resorts Casino where you can take it at +100 - a value bet for me that is.