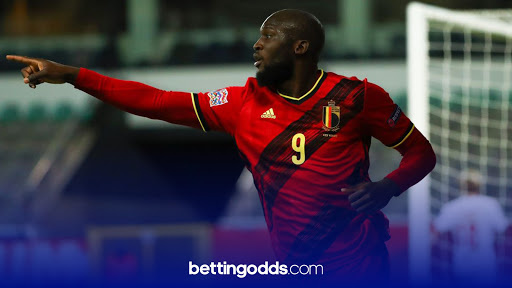 After three straight tie predictions, our editor is getting off the fence and making a winning pick in Game Four of Euro 2020...

The number one team in the world enter the Euro 2020 arena with what amounts to an away tie against Russia in St. Petersburg. They look set to start their competition without the best player in the tournament (in my opinion) as Kevin De Bruyne is rated as doubtful following a facial injury suffered in the Champions League final. The 29 year-old has been getting closer to fitness but risking him in the opening game seems unlikely.

One thing Belgium don’t have though is a lack of talent. They don’t just go 11 deep but their squad is full of world class players. With a 3-4-3 formation that works well for them, the likes of Youri Tielemans will be expected to pick up the slack of KDB’s absence.

Romelu Lukaku is coming off the back of a wonderful season at club level where the former Chelsea and Manchester United man has flat-out dominated in Serie A with Inter Milan. He’s become more than just a focus point of the attack, his all-around game has clearly improved significantly.

One of the big question marks surrounding this Belgian side is the form of Eden Hazard. Ever since leaving Stamford Bridge for the Bernabeu, he has struggled to hit the heights that we saw in the English Premier League. If he hits top form then they are going to be the team to beat but in their opening game - we have no idea if he’s in top form.

Russia to be blunt are not on the level of Belgium. Not individually. Not tactically. Not collectively. Yet we’ve all seen this setup before and been surprised at how the game played out.

They are ultra defensive and will look to sit back with two rigid banks of four. They will not come out to play and go toe-to-toe with their opponents on Saturday afternoon.

Artem Dzuyba will look to be their target man who can hold the ball up and bring runners into play. Monaco man Aleksandr Golovin is their best player and will be their creative force. How much influence he’s able to have on this game however is something I have serious doubts over.

Picks: This might be an ‘away’ game for Belgium but at -137 that seems way too generous for the best team in the world against the side ranked 38th.

Romelu Lukaku to score at any time is odds against at +130 and that is also a tempting proposition.