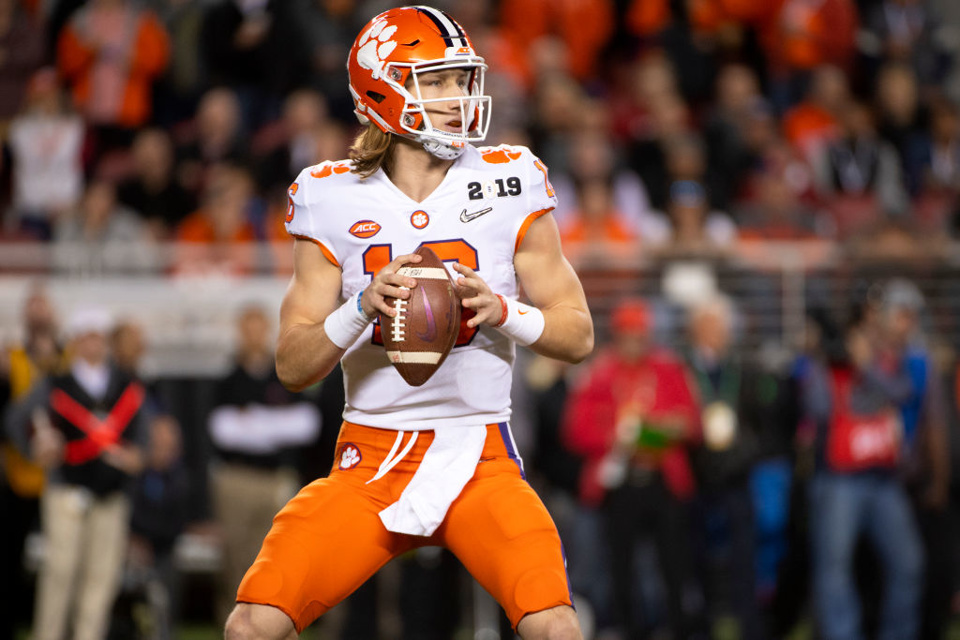 get offer get offer
New Customers only, T&Cs apply ,21+, NJ only.

With the NFL Draft currently less than a month away, it’s officially smokescreen season.

The time of year where you hear buzz about a certain prospect, both positive and negative, and why a certain team leaks whether why or why not he would be a good fit for them.

It’s mostly so that team could possibly move his draft stock up so a rival team couldn’t get him, or to lower the stock so they can have a chance.

None of that is the case with the No. 1 pick in this year’s draft as it is very likely the Jacksonville Jaguars will select Trevor Lawrence out of Clemson.. Basically, since he stepped onto the field at Clemson as a freshman, we all knew it was likely we would hear his name called first overall in the draft, whenever he was eligible to come out. You could also make the argument he would have been the draft’s No. 1 pick if he was eligible either of the last two years.

It’s no surprise the Clemson product is projected to go No. 1. Ever since taking over for Kelly Bryant his freshman season, we knew he was a star. For those who follow that deeply, many college fans were familiar with Lawrence because of his showing in the annual Elite 11 Quarterback camp and were eager to have a look at the stardom and hype he entered with.

What followed was a resume and display of talent that scouts haven’t seen since Andrew Luck was at Stanford.

But over that span in which he completed exactly two-thirds of his passes, 10,098 yards and 90 touchdowns, while playing in the College Football Playoff every year, winning one, people started to over-analyze.

It has since become the “cool” thing to be a Lawrence hater in the draft community. Hater might be a strong word, but some have gone as far to say that Brigham-Young University product Zac Wilson is the better prospect.

While I don’t think Lawrence is perfect by any stretch, he is still one of the best quarterback prospects in a long time. We simply got bored of Lawrence because sustained excellence is boring. People like the new, hot commodity. In this case, if you saw you like Wilson first, and Wilson has the better rookie season or just first couple of games, you get to sound like the smartest guy in the room when you say you liked him over Lawrence.