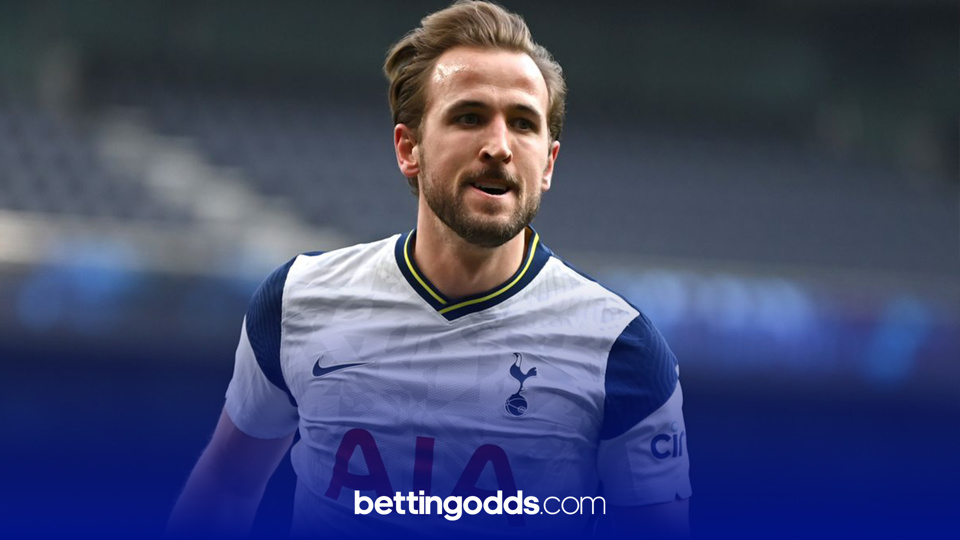 The Premier League returns this weekend and the blockbuster tie is on Sunday as Manchester City travel to north London to take on Tottenham.

The reigning champions will be eager to get off to the perfect start on Gameweek 1 with a £100m new addition in their armoury in the shape of Jack Grealish.

With the return of domestic football comes the return of our popular Cheat Sheet feature, which we will be continuing throughout the season for the biggest games in the Premier League and Champions League.

Find all of the key stats and figures from both sides in the league last season to help pick the most informed Bet Builder you possibly can below. 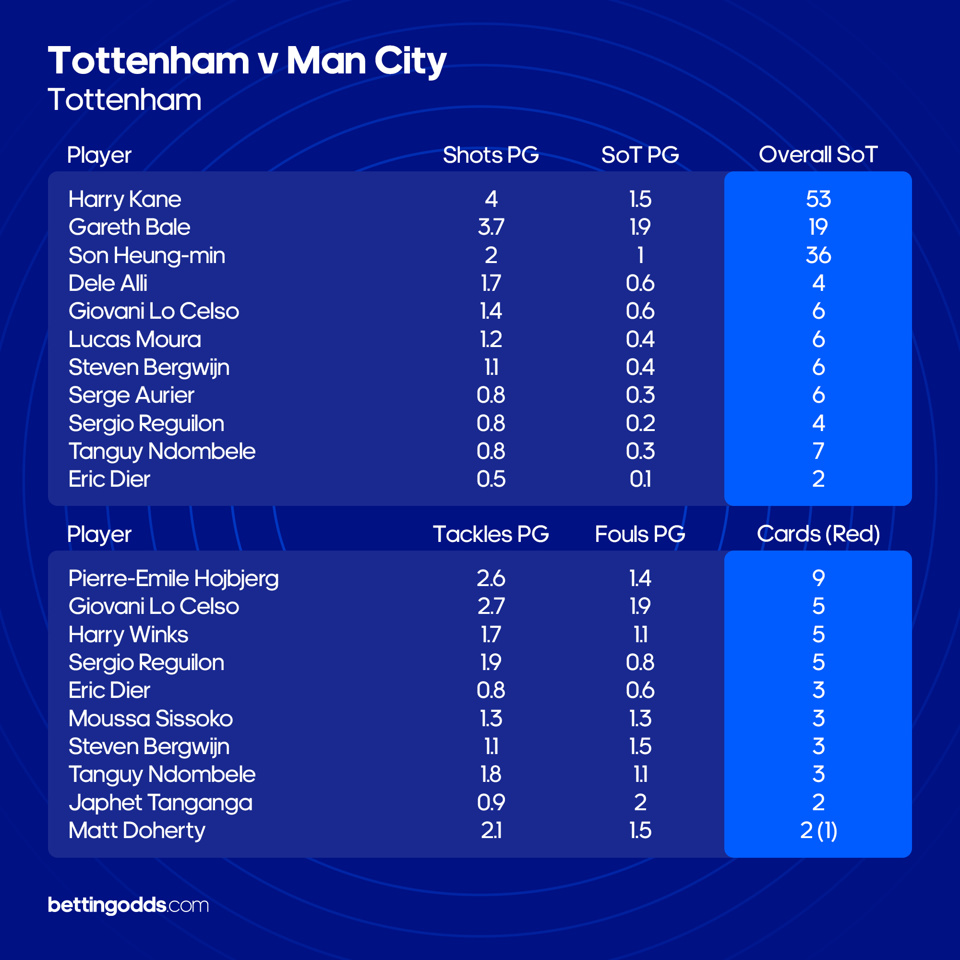 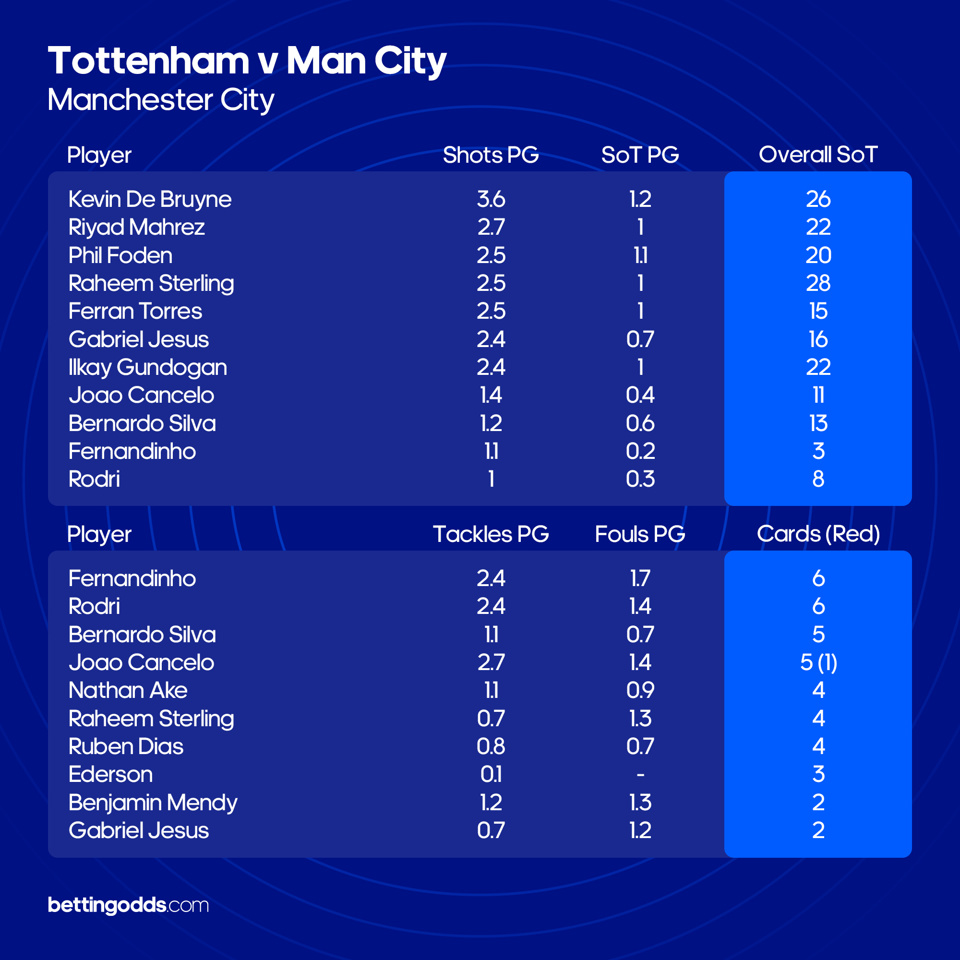 One man has dominated the newspaper headlines this summer and that is Tottenham forward Harry Kane. The 27-year-old has been strongly linked with a mega-money move to Man City for months but it looks as though he will be staying put in north London for at least another season, with Daniel Levy reluctant to budge on his stance regarding the situation.

Kane is expected to (begrudgingly) start this match against the team he so desperately wants to join, and is the obvious candidate to watch in the shots market looking at his stats from last term. The England skipper ranked highest for shots per game, and overall shots on target in 20/21 with 4 and 53 respectively.

He is one of the world’s most talented front men and will want to prove a point on Sunday to urge City to pay what Spurs are asking for his services, rumoured to be £160m. This added motivation, then, could make Kane a good play in the shots and goalscorer markets this weekend, as he looks to build on the 23 league goals he netted last season.

For City, Riyad Mahrez always catches my attention and I often lean towards the Algerian when picking out shot bets due to how much he loves cutting in on that wand of a left foot. The former Leicester man registered 22 shots on target in the PL last term and on Saturday took a mammoth 5 shots at goal in the Community Shield final!

Somehow, not one of them hit the target at Wembley, but it is a clear indication of how progressive Mahrez is in the final third so he could be a worthwhile bet for either 3+ shots or 2+ shots on target this weekend.

If you’re looking to back a player in the cards market, Spurs midfielder Pierre-Emile Hojbjerg is never too far away from the ref’s notepad. The Dane amassed 9 bookings in the Premier League last season whilst averaging 1.4 fouls per game. Up against the likes of Grealish, De Bruyne, Mahrez and Bernardo Silva in an ultra-technical City midfield, the chances of Hojbjerg picking up his first caution of the campaign seem relatively high.

get offer get offer
#ad Get your single bets paid out if the team you back goes 2 goals ahead - for multiple bets the selection will be marked as a winner with bet365. Applies to pre-match single and multiple bets on the standard Full Time Result market for applicable competitions. Only available to new and eligible customers. Bet restrictions and T&Cs apply. 18+ begambleaware.org
Bet Calculator