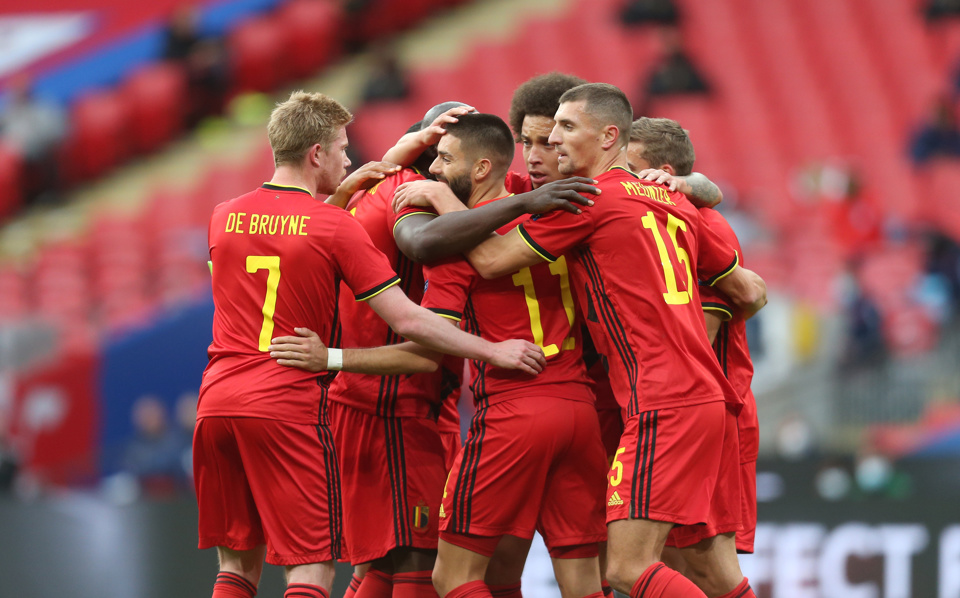 Belgium are an attractive price in the market
By Callum Pragnell
11:48 Friday 4th June 2021 - 3 minute read

Our final ante-post Cheat Sheet for Euro 2021 looks at the most important market of them all - the outright winner.

Below you will find listed the odds for almost every nation present at this summer’s tournament, alongside their current odds in the outright betting market; star man, the group they’ve been drawn in and their performance at the last World Cup/Euros. 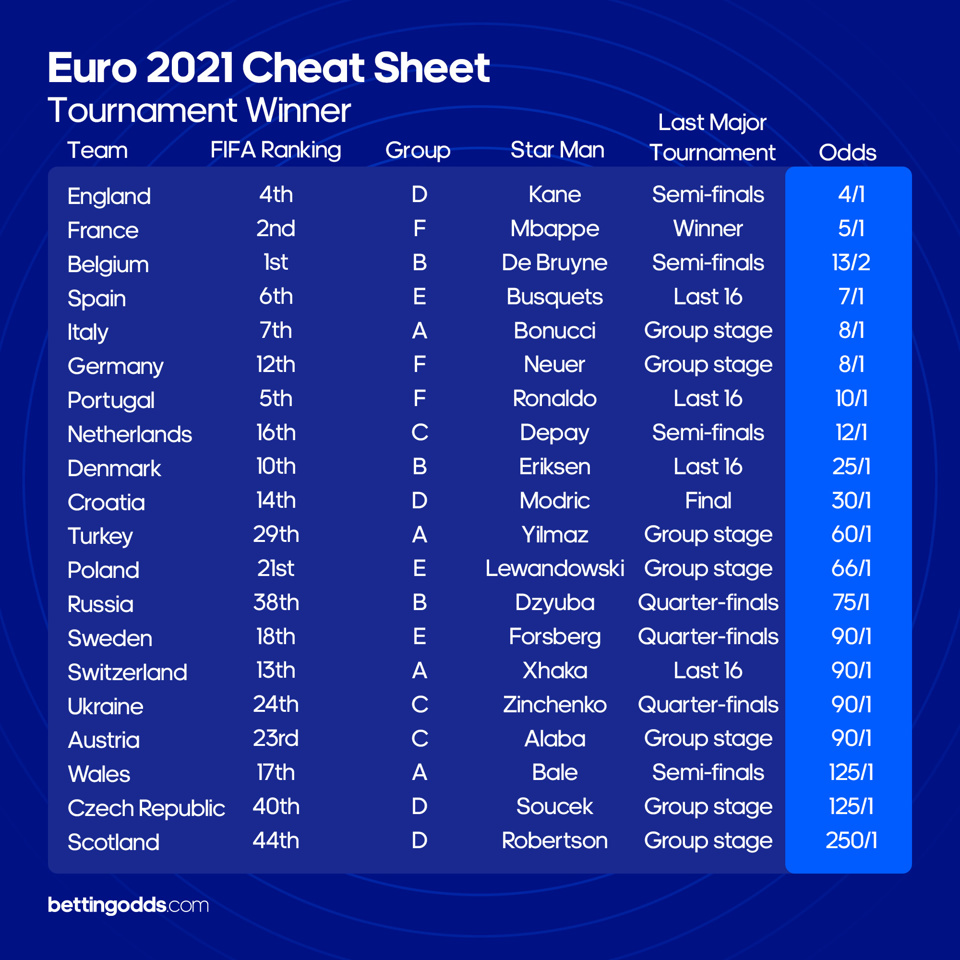 As we can see, rightly or wrongly (probably the latter), England head up the betting at an extremely short 4/1 with Paddy Power - the bookie we have been using for all of our Cheat Sheet odds for consistency. The Three Lions enjoyed a terrific campaign at the 2018 World Cup, reaching the semi-final of the competition in Russia, but haven’t won a major tournament since 1966.

They were semi-finalists at Euro 96, where just like this summer home advantage is set to play a huge factor. This is the main reason why Gareth Southgate’s men are so short in the betting, but for me I am really not drawn to their price at all and would be looking at a more experienced nation at higher odds in the outright market.

France follow up at 5/1 and many feel that they are the team to beat this summer. With a squad jam-packed full of so much talent, it is hard to look past Les Bleus. The likes of Kylian Mbappe, Antoine Griezmann, Paul Pogba, N’Golo Kante and Karim Benzema - among plenty more - make for a really exciting, well-rounded squad and I fancy them to go deep into the latter stages once again.

The test will be qualifying from the Group of Death, which includes both Germany and Portugal, but I feel confident in their ability to do so, and while 5/1 is still a relatively short price in ante-post terms, I still think it holds a lot more value than England at 4s.

There’s also plenty of hype around Belgium, who enter this year’s tournament as third-favourites at 13/2. The Red Devils have never won a major competition but Euro 2021 could finally be the one which changes that unwelcome statistic.

With the likes of Kevin De Bruyne, Eden Hazard and Romelu Lukaku all fired up and on form, they will prove really difficult opposition and the fact they have been drawn in a fairly weak group containing Finland, Denmark and Russia should see them breeze through to the last-16 at least.

Interestingly, Portugal are all the way down in seventh, priced at 10/1 which is a price that could offer some really good value given the quality of squad they possess. The reigning champions always seem to be underestimated but they have proven countless times before that they should be taken seriously, reaching the Euros final back in 2004 before winning it in 2016 and then being crowned champions of the inaugural Nations League two years ago.

Cristiano Ronaldo, Bruno Fernandes, Bernardo Silva, Joao Cancelo, Joao Felix; the list really does go on. Portugal are a force to be reckoned with and although they have a task on their hands to make it out of the daunting Group F, the 10/1 available could be a shrewd bet prior to the tournament kicking off next week.