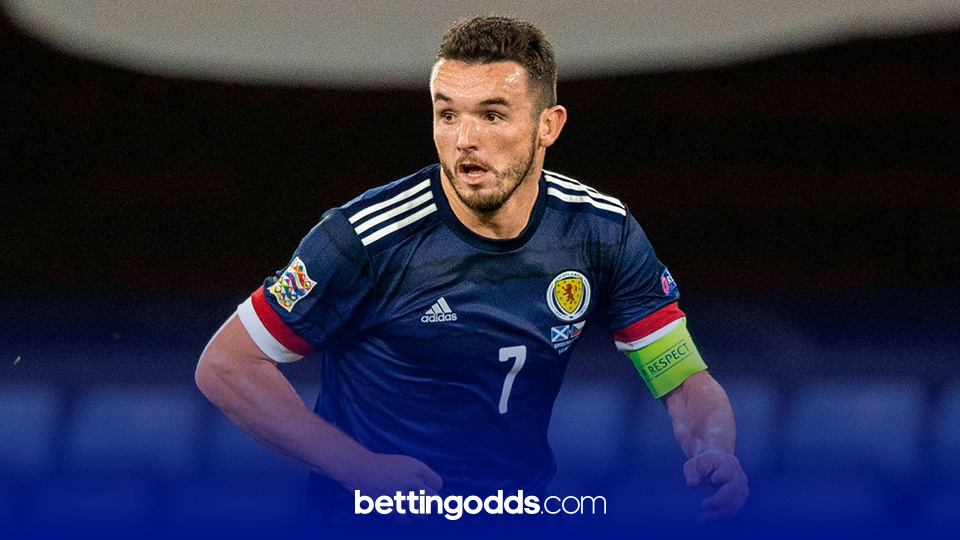 John McGinn picked up. the most fouls in the league last season and features in our tips for England v Scotland
By Anthony Eadson
16:48 Thursday 17th June 2021 - 4 minute read

England against Scotland is the stand out fixture in Group D with two old foes taking on each other at Wembley. Gareth Southgate’s side will be looking to make it two wins from two after a convincing 1-0 win over Croatia in their opening game.

Steve Clarke’s Scotland have ground to make up after a disappointing 2-0 defeat to the Czech Republic where Patrick Schick scored from just inside the half-way line with what will go down as one of the greatest goals in European Championship history.

There have been four meetings between England and Scotland since 2013 with two being friendlies and two being World Cup qualifiers. England have won three of those with the most recent finishing in a 2-2 draw in June 2017. Over 2.5 goals has landed in all four of those meetings with over 3.5 goals landing in three.

Here at BettingOdds.com we’ve picked out a double for the game that we really like the look of. We’ve detailed some of the numbers behind our selection below. We’ve also got tips and offers for the game for new and existing customers that you can read more about here.

On Friday we’re leaning towards Harry Kane scoring and John McGinn being carded which has been given a little boost by those good folk over at Paddy Power which now pays 6/1.

King Kane poised to get off the mark

It’s incredibly rare that Harry Kane fails to register a shot on target, but that was the case on Sunday against Croatia with the England captain having a relatively quiet afternoon for his high standards.

One of the favourites to be top scorer at this tournament, we fancy Kane to get off the mark against Scotland in a game where we expect England to score a good few goals. The freshly crowned Premier League Golden Boot winner has 34 international goals in his career and is currently sixth on the list of all time English scorers.

England’s penalty taker will be itching to get on the scoresheet and his shot data this season has been impressive to say the least. Kane averaged more shots per game and more shots on target per game than any other player in the Premier League this season and that desire to let fly has been ever present. He may not be the most glamorous price to score against Scotland but we expect the 28-year-old to find the net in a comfortable English victory.

Most yellows in the Premier League

Scotland are sure to be fired up for the game and there will be no love lost between these two sides. In the engine room for the Scots will be Scott McTominay and John McGinn, and we’re fancying the latter to pick up a card from referee Antonio Mateu Lahoz.

The Spanish official dished out a healthy 4.61 yellow cards per game on average in La Liga last season, ranking him eight of 20 referees to take charge in that league.

One player who is no stranger to picking up a caution is John McGinn. A real battler in the middle of the park, McGinn picked up the most yellow cards of any player in the Premier League in the 2020/2021 season with 12 to his name. Surprisingly that isn’t even McGinn’s biggest haul in a league campaign with him collecting 14 cautions in 2019/19 in the Championship.

26-year-old McGinn will be a key player for Scotland in the battle of Britain on Friday and during the three most recent World Cup qualifiers, McGinn made eight fouls in total (2.7pg).

Having considered the data and the context of the game we’re backing Harry Kane to score and John McGinn to be carded. 6/1 is available after a little boost from Paddy Power which can be found in the requested prices on-site.

Bet365 have this same selection at just 7/2 and it’s worth remembering that we have the Premier League’s top scorer and the player with the most yellow cards in the league this season onside with this bet.

If you are having a punt on the England v Scotland game, please do so responsibly.